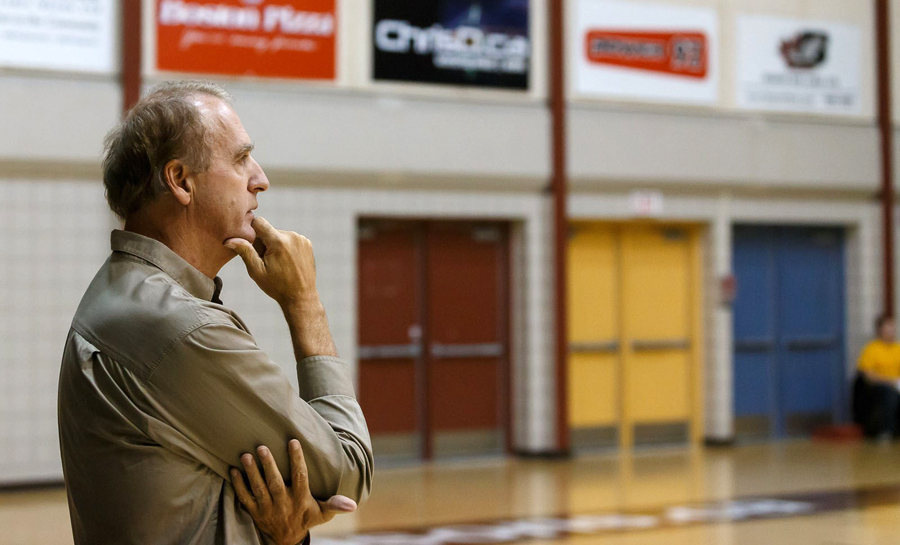 Last weekend, Garth Pischke broke the North American men’s university coaching record with victory number 1,240, passing long-time UCLA men’s volleyball coach Al Scates. In honour of Pischke’s achievement, the Manitoban decided to look back on his history, both as a player and coach.

Pischke had a storied volleyball playing career, which first began at Silver Heights (now Stugeron Heights) Collegiate in 1970. Between 1970-76, he played for two Canadian junior championship teams, and also had the honour of being selected to the 1976 Canadian Olympic team when he was in grade 12.

He has also played on three CIS national championship teams. The first two were with Winnipeg, and the third was with Manitoba, in 1977-78.

Over 32 of Pischke’s players have also gone on to the national stage. One of those athletes is Chris Voth, who played with Garth from 2003 until 2013, and has many positive recollections of his former coach.

“I have always had incredible respect for [Pischke] because of his own athletic career and of course his coaching success. He is known worldwide as one of the greatest players, which few can only dream of,” said Voth.

One more recent memory Voth has with Pischke was when his former coach found out about his sexuality. The meeting spoke to Pischke’s character, according to Voth.

“He apologized that he wasn’t able to be there for me because he knew that it must have been tough and isolating. It was such a relief to hear that. It honestly gave me that little extra courage to come out,” Voth said.

“I was so moved by his willingness to put himself in an uncomfortable situation, to be there for me and to learn about something he didn’t know anything about. My respect for him skyrocketed.”

Pischke has proven himself as a player and coach, and, as evidenced by Voth, he is also not afraid to go above and beyond for his team. His service, both on and off the court can be summed up as nothing less than exemplary.

Serving up opposite seasons

Ready for a championship