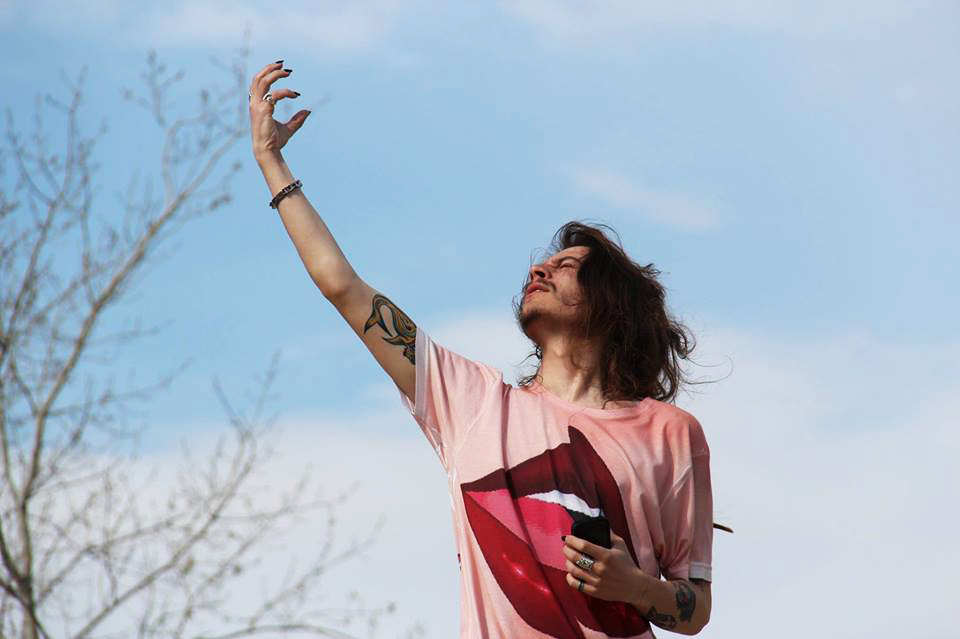 As a local Winnipeg act, SMRT is not your typical rapper, nor does he wish to be described as one.

The 22-year old Winnipeg artist proclaims: “SMRT is a rapper, big and small, little and tall, thin and wide, with a sweet inside, the apple of your eye, the twinkle in your star.”

While most hip-hop acts may stick to a predictable path with their music and image, SMRT is unconventional with both. His Facebook page remains cryptic and filled with images of Bobby Hill from King of the Hill. The music, while certainly hip-hop, presents lyrical complexities and pop culture references likely found in a thesaurus or your Netflix account.

In April of this year, SMRT released a five-song EP entitled BIG SWORD, which was released on a Bandcamp page labelled “staplemoneyrighthere.” This year also saw the rapper release a music video with Avery Stedman for his single “No Limit,” which shows the rapper gloomily walking around Portage Place with an umbrella covered in hearts and bright colours.

When asked to describe an SMRT live performance, the rapper gave an imagery-filled answer, leading one to speculate on what to expect at his 2014 Harvest Moon Festival performance.

Do his performances really feel like it’s “1945 and Britain has just won the war”? You may have to check out SMRT just to understand what he means.

We’ve still got the blues