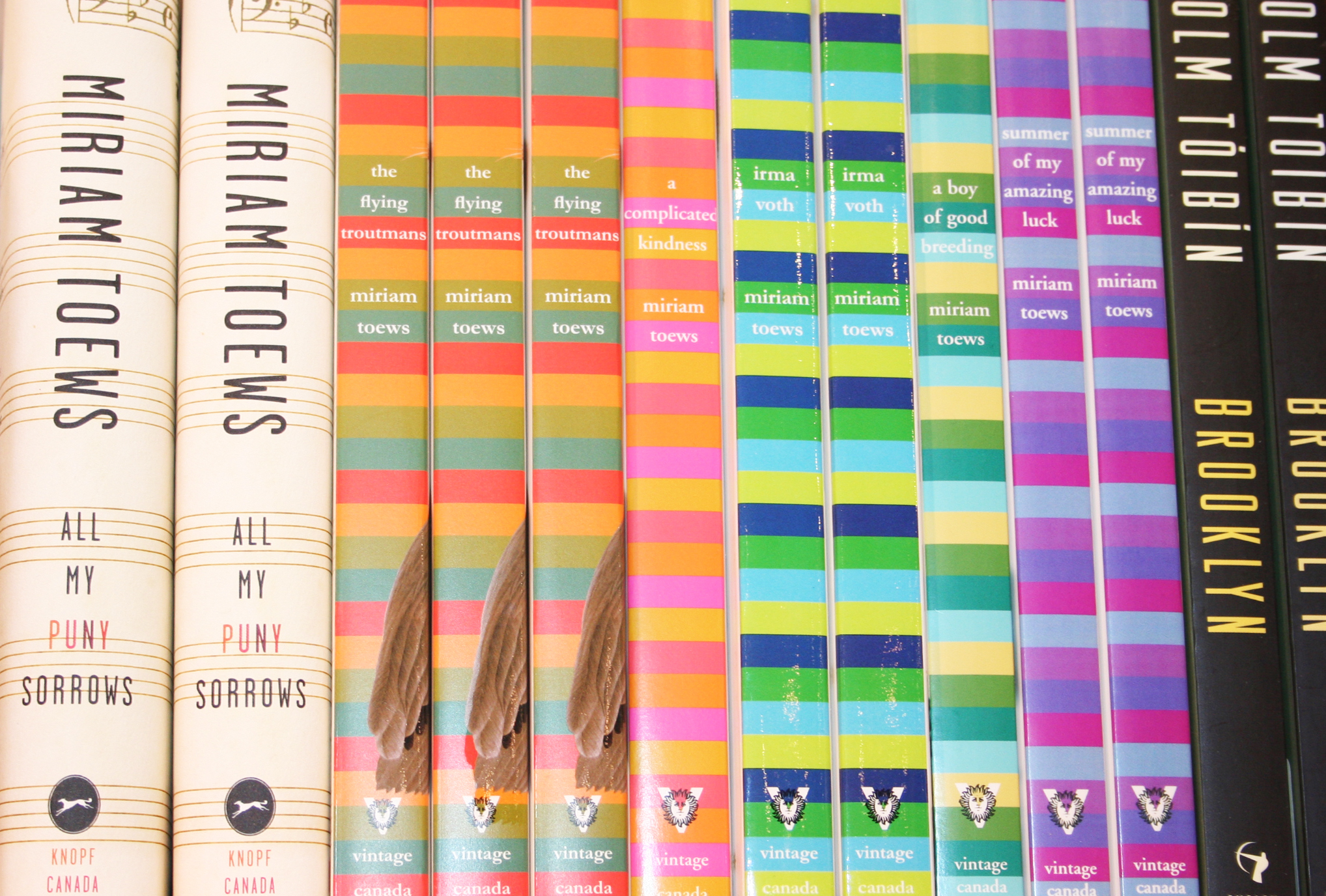 Award-winning author Miriam Toews is making her way back to Winnipeg to take part in Thin Air, the Winnipeg International Writers Festival.

Toews will be participating in two events at the Thin Air Festival, both on Sept. 23.

Later that evening, Toews will join Caroline Adderson, Monia Mazigh, Audrey Thomas, Alison Pick, and Joan Thomas on the main stage at the Shaw Performing Arts Centre (MTYP) from 7:30-10 p.m. These Canadian women will be speaking about adventuring into the lives of girls and women within their recent novels. Admission is $12.

Toews was born in Steinbach before moving to Winnipeg.

She draws from her experience of growing up in a strongly religious community in her novels, most notably in her Governor General’s Award-winning and Giller Prize-nominated novel A Complicated Kindness. This novel is centred on 16-year-old Nomi Nickel, who lives in East Village, Manitoba – a thinly veiled version of her hometown, Steinbach.

Nickel has ambitions of travelling to New York City, rather than being trapped in her oppressive hometown where the biggest opportunities are slaughtering chickens or churning butter, and where there is absolutely no drinking, dancing, recreational sex, jewelry, makeup, or staying up past nine o’clock.

Within the novel, Toews’ brilliant first-person narrative alternates effortlessly between the past and the present as Nomi reminisces on the time spent with her recently moved out sister, Tash, and her mother.

In Toews’ most recent novel, All My Puny Sorrows, Toews explores the lives of two sisters, Elf and Yoli.

Elf is a world-renowned pianist who pours her heart into every piece she performs. She is about to go on her highly anticipated world tour. She also wants to die.

Following Elf’s latest suicide attempt, Yoli takes it upon herself to ensure her sister’s well-being. She balances this tremendous task with keeping her teenage kids happy, keeping her exes and her newly ex-husband from hating her, and maintaining her own sanity.

This proves to be a lot for Yoli, yet she manages to preserve her wickedly funny sense of humour as she navigates through all her sorrows.

Already receiving incredibly outstanding reviews, All My Puny Sorrows offers an illuminating reflection of the limits of love and the seemingly unimaginable challenges we overcome.

A novel of somber meditation of suicidal thoughts, Toews draws from the extremely personal experiences of both her father and sister’s suicides to create the major conflict in All My Puny Sorrows.

Toews’ personal connection to the plot creates an underlying feeling of sadness throughout the novel, even underneath Toews’ signature sense of humour. All My Puny Sorrows is impossible to put down.

Be sure to welcome this celebrated author home at this year’s Thin Air.

Between racial stereotypes and a hard place

Presenting a pandemic from the past