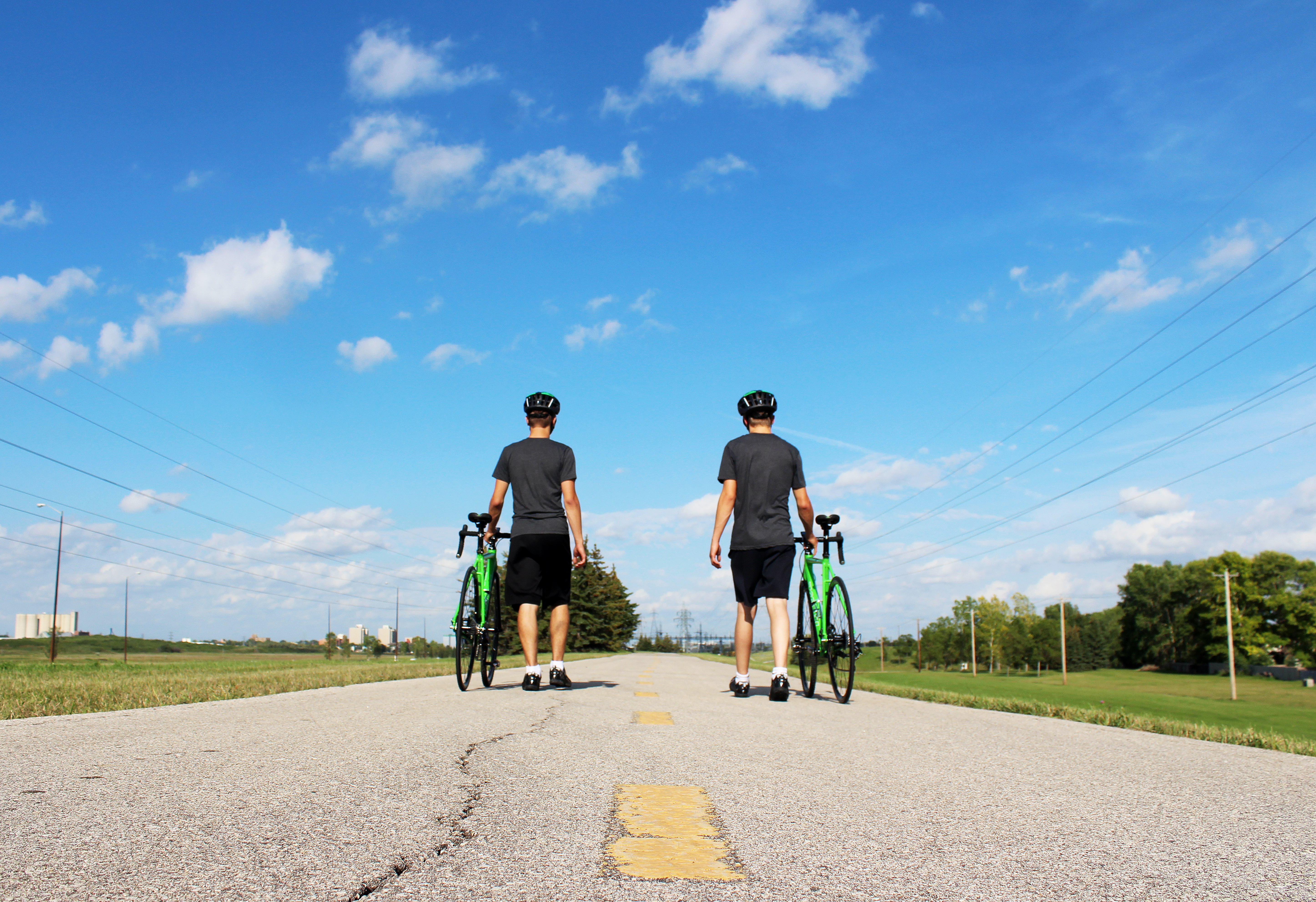 During the spring of 2013, 17-year-old student and Winnipegger Cole Wielgosz got the opportunity to travel to Kenya to help construct a school, as part of a volunteer trip with Me to We, which partners with the international charity Free The Children.

Free the Children is an organization that has provided one million people around the world with clean water since 1995.

On this trip, Wielgosz was able to observe many aspects of developing regions, which included a lack of access to clean water. He experienced firsthand how far the members of the community had to go to find clean water, as well as its cleanliness compared to Canada’s. This discovery hit home for him.

“When we got to the water, it was insane. I was like, ‘Oh my God, I would not consider this drinkable,’” said Wielgosz.

“Obviously, you see [this in] commercials on television, and you’re [wondering], ‘Well, is that an exaggeration?’ This [firsthand experience] confirmed that it’s not an exaggeration; this is a real thing in so many communities.”

When Cole returned home from the trip, he told his older brother Connor about what he had seen, and how much it affected him.

Soon, the two brothers came up with an idea, later referred to as the Water Cycle Project – a fundraising initiative to support access to clean water for families and communities around the world.

Throughout the project, which officially commenced on Sept. 1, 2014, the Wielgosz brothers will be hosting a variety of events to raise awareness and funds. A number of these events will involve some form of biking – hence the play on words in the project’s name.

To draw attention to their cause, the two siblings plan to bike the total distance of the circumference of the earth over the course of one year. All of the proceeds of the Water Cycle Project will be going to Free the Children.

The culmination of the project will occur over the last three months, where the brothers will be biking coast-to-coast across Canada.

“Ending things off with the trek across Canada, for the most part people know the scale of that, and it’s something physical that people can watch and see pictures of. It feels more material.”

Cole added that they are also hoping to meet with members of each city that they travel to in order to spread awareness.

He said the cycle is extremely oriented to addressing the issue of access to clean water faced by many communities worldwide.

“So, even if you don’t donate to us, maybe you’ll spread the word and talk to someone, and [then] they might donate, or go [to these communities] and actually help.”

The brothers’ ultimate hope is that their year-long project inspires others to take risks and stand up for causes that impact others and are meaningful to them.

“One of the biggest things we hope is that [the Water Cycle Project] inspires other people to do the things that they enjoy, and to help the issues that they’re passionate about,” said Connor.

For further information about the project, as well as upcoming events, go to www.thewatercycleproject.com. Contact Cole and Connor directly on Twitter (@colewielgosz and @connorwielgosz) or email at thewatercycleproject@outlook.com

Saying “no” to Russian vodka