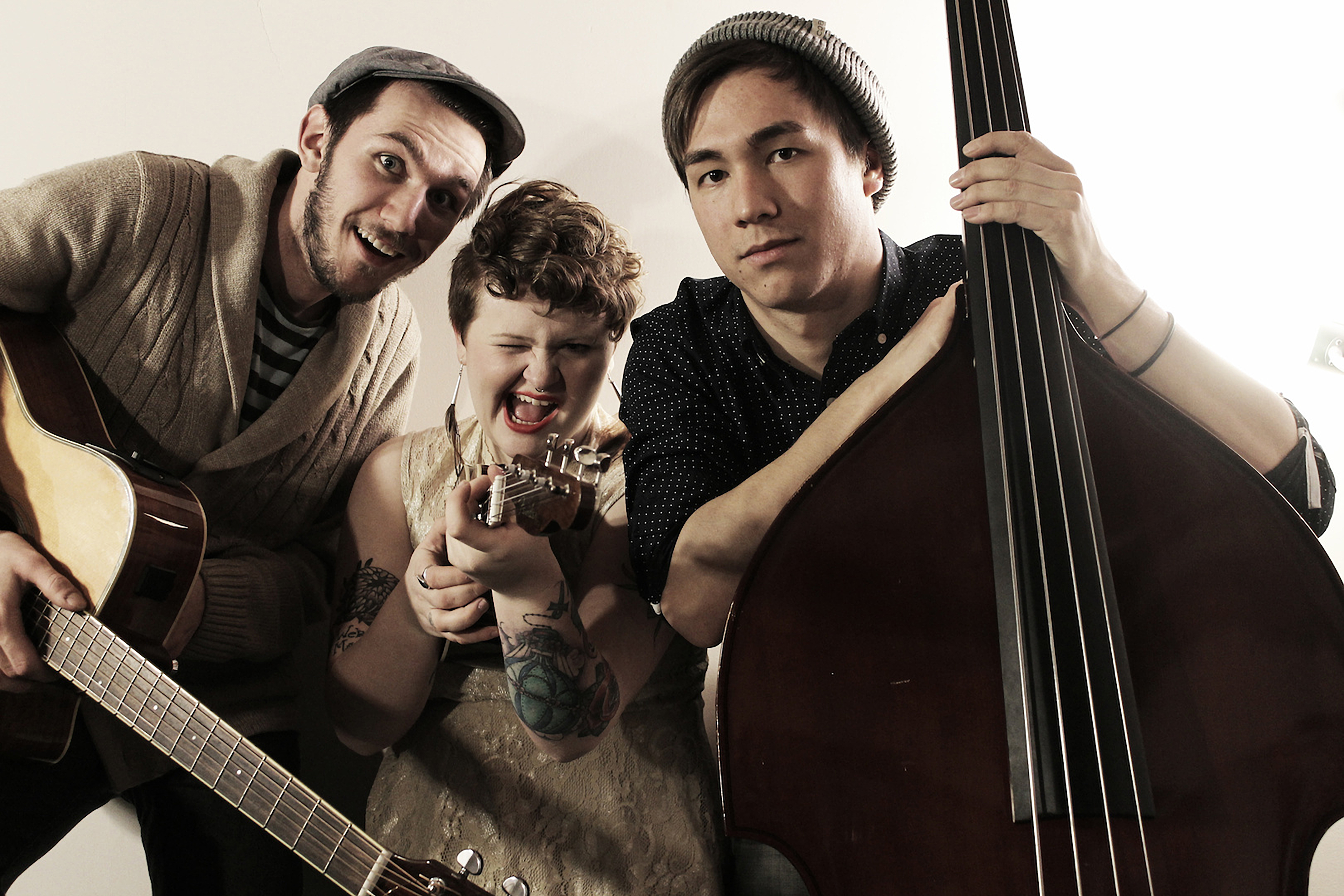 Chilling harmonies, poetically crafted lyrics, and a style all their own, Blue Rubies are a band originating in small-town Manitoba hoping to make it big.

The band recently released their debut EP and are currently performing wherever they can.

Blue Rubies had their start at the 2013 Winnipeg Folk Festival. Prior to the genesis of Blue Rubies, Ben Mak-Wiebe (bass, vocals) and Cory Sulyma (guitar, drums, vocals) were in a rock band called Hey Rube, while Mady Reimer (auxiliary percussion, vocals) and Sulyma were part of a folk band, Horizon Me.

When the lead guitarist of Hey Rube left and caused the parting of the band, the three friends came together and applied for the Young Performer’s program at Folk Fest.

“At that point we were just jamming,” says Sulyma. “One person would say, ‘Oh I have a song,’ and we’d just play it.” Not long after, the band was born.

After last year’s Folk Fest they started picking up speed. This summer they’ve been busy, gaining popularity from word of mouth alone, getting invites to perform at events ranging from parties, to larger shows with other bands such as The Heroin Hayride, Once Nomadic, and Wooden Horsemen. The band’s most recent performance was at Trout Forest Music Festival in Ontario.

Their success prompted them to create their first ever album, a five-song EP titled ‘Blue Rubies’ released on Aug. 14. The album features all original songs, with each band member pitching in on vocals.

They have a unique, raw sound Mak-Weibe described as “today’s folk scene mixed with an old fashioned sound.”

Not only did the three write their own lyrics and music, they also recorded and produced their EP.

The album was recorded in Mak-Weibe’s basement, with Mak-Weibe editing and mixing the sound. They wanted the sound to be raw, as if the listener felt they were at a live show, and the band succeeded.

The homemade quality of the sound still remains studio professional. The CDs are burned and in recycled casing with the band’s name on the front, giving them a home-grown feel and keeping the cost at only $5.

When asked their favourite songs, the members had a hard time picking just one.
Mak-Weibe decided on the album opener, “By and By,” describing it as an upbeat, exciting song to get the listener into the groove for the rest of the album. Reimer chose “Rollin’” because of how the song complements her voice. Sulyma’s favourite song is newer and wasn’t ready for this album, but the band says they’ll likely be including it on their next album.

Back to where it all began