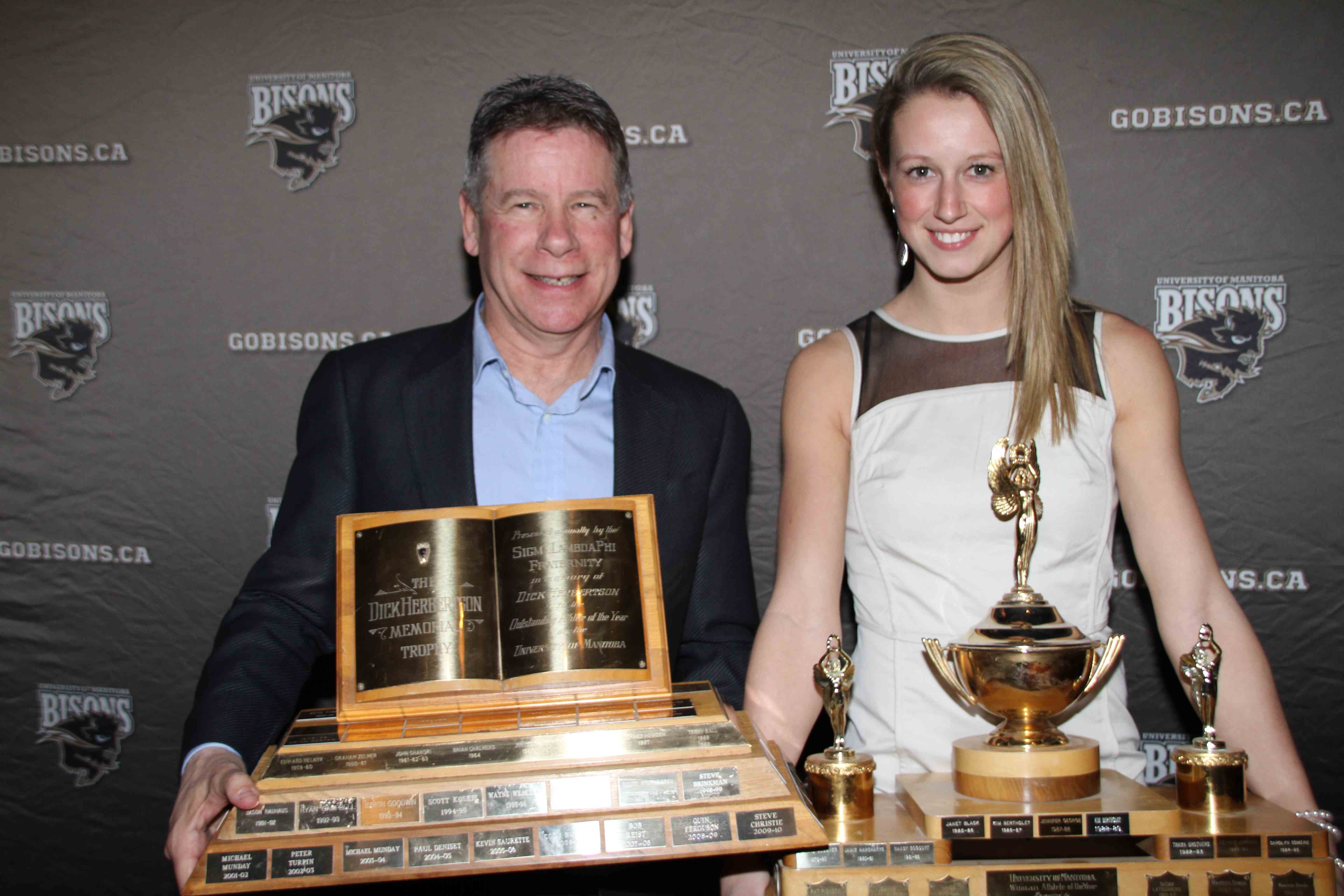 Brittany Habing and Anthony Coombs were named the 2013-14 Bison Sports Athletes of the Year at the Brown and Gold Banquet on March 29.

Also named the women’s volleyball MVP, Habing played a crucial role in the Bisons’ national championship run. Entering her third year of eligibility, but first as a Bison, Habing led the CIS and Canada West in assists per set with 10.46 (79 sets/826 assists). She was named Manitoba’s Player of the Match in the CIS championship quarter-finals, and finished the perfect nine-set championship sweep with 89 assists, 21 digs, six kills, and seven blocks.

Coombs finished his third season as running back/kick returner for the Bisons with conference and national recognition, as the Winnipeg native was crucial in the Bisons’ run to the Canada West final. Coombs was one of the nation’s top athletes in 2013, leading the CIS and Canada West in all-purpose yards with 1,696, and producing the second-most rushing yards (1,015) and third-most overall touchdowns (11) in the nation.

Coombs was not in attendance at the banquet, as he is training in the United States for the upcoming CFL and NFL rookie drafts.

Sass was named CIS women’s cross-country second team all-Canadian and Canada West first team all-star in her first year as a Bison athlete. She also ran track for the herd, earning a bronze medal at the 2014 Canada West championship in the women’s 4x800m relay.

Arruda emerged this year as a key player for the Bisons in his rookie season. He became the first Bison athlete to be named to the 2013-14 CIS men’s basketball all-rookie team and was selected as the men’s basketball MVP. Arruda started at forward all season, finishing first on the team with a 13.8 points per game average and fifth in the conference for three-point field goal percentage, at .420.

DeJonckheere was also recognized nationally as a member of the 2013-14 CIS men’s volleyball all-rookie team. The outside hitter played in all 89 sets this past season, finishing second on the team in kills (288) and hitting percentage (.255). He led team scoring in eight of 22 regular season matches as the Bisons settled for a 10-12 record.

In the eighth year the award has been given out, two hockey players were awarded the Student-Athlete Leadership and Community Development Award. Women’s team captain Amy Lee and men’s goalie Joe Caligiuri were recognized for their leadership skills, community involvement, and excellence in academics and athletics. This is the second time Lee has won the award. 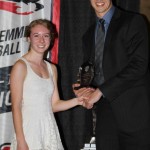 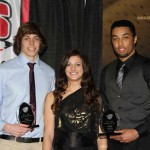