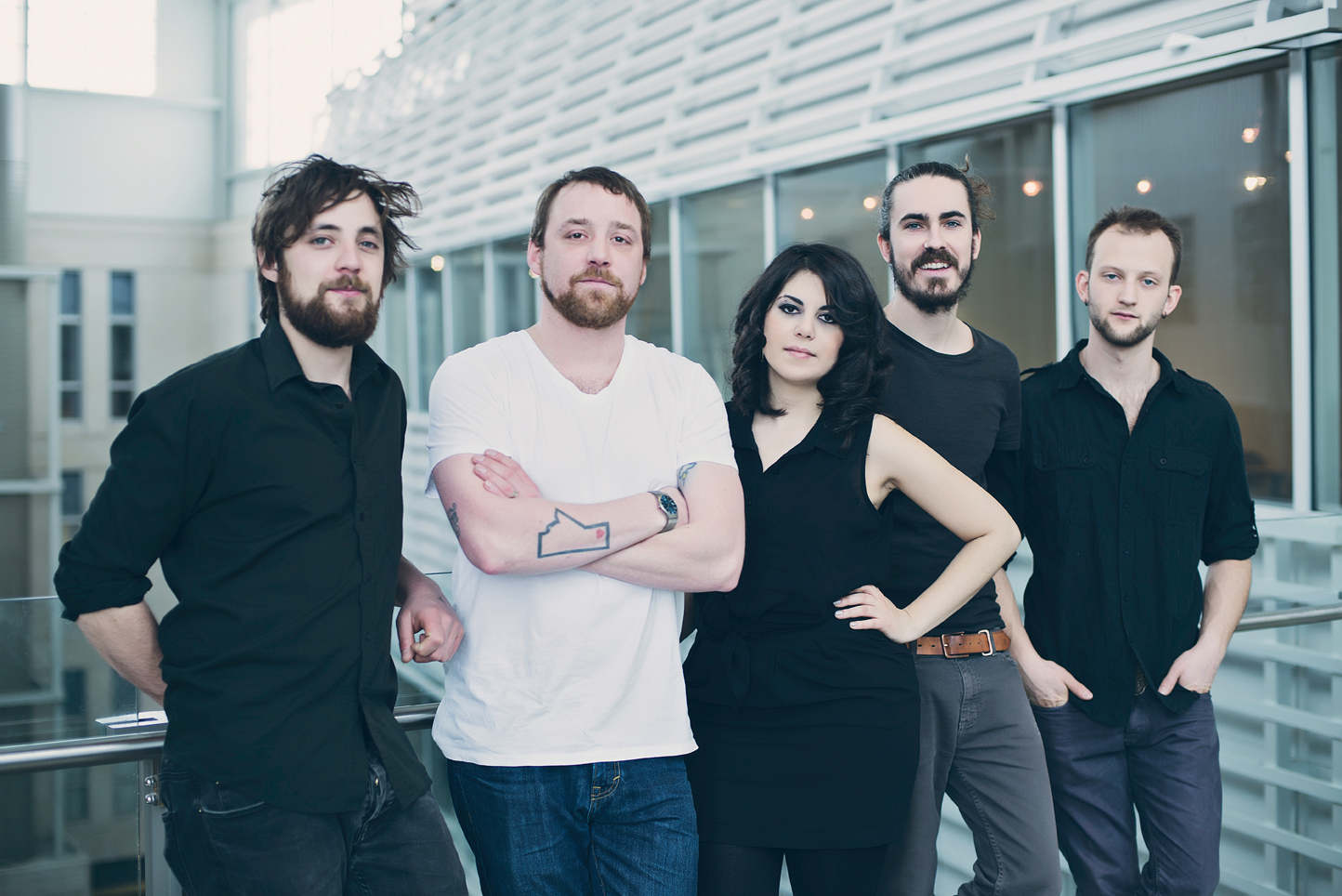 This weekend’s pairing between the Winnipeg Symphony Orchestra (WSO) and four well-known local bands is both innovative and a slight refinement of past collaborations.

The Manitoba Rocks! series runs from March 28-30, and features Royal Canoe, Imaginary Cities, Nathan Music Co., and the Lytics each playing a sampling of their tunes with the symphony.

There is tangible excitement buzzing from all parties involved, a kind of second-date glow that reflects a strong sense of mutual respect and eager anticipation for what the next meeting will bring.

“It’s a real pleasure to just [ . . . ] be a rock star for a little bit, for one evening, for the classical musicians to be part of that scene and to play that music,” says conductor Alexander Mickelthwate.

To put this kind of genre-mashing into context, Mickelthwate emphasizes that the symphony is used to playing across a wide stylistic and chronological range, and so adding pop, soul, roots, or hip hop into the mix isn’t necessarily a huge leap.

“What I do is extend my horizons constantly and have fun with different music genres, from classic to, well, to Royal Canoe or Imaginary Cities,” says Mickelthwate. For many of the artists involved, the symphony’s score enhances elements of their music while also taking them to another level.

Imaginary Cities selected songs that “were recorded with some orchestration on the album,” says Rusty Matyas (songwriter and multi-instrumentalist). “Playing with the WSO really enhances and thickens out those melodies, and there have been some beautiful counter-melodies scored out as well. Overall it really lifts the emotion of the songs, making them quite a bit more epic!”

Matyas shared the stage with the WSO as part of Canada Day celebrations at the Forks in 2013, and was quite glad to continue the partnership through this three-day run.

“As a songwriter there’s hardly anything as gratifying and validating as having music you’ve written scored out for an entire symphony. I’m extremely grateful for having been given this wonderful opportunity,” says Matyas.

“We haven’t rehearsed with [the WSO] yet,” says rapper Andrew Sannie of the Lytics. The local hip-hop heads have a history with the WSO, too, having collaborated at the Forks for the 2012 Canada Day celebrations. “We’ve played with [the WSO] before and they know our music. They’re super tight. I think it’s just one of those things where we go in and make it happen.” The boys in the Lytics are in the process of working on their third studio album, slated to drop this fall, which they plan to release under a European label abroad, “and maybe independent here – unless someone is interested in putting it out.”

The odds of attracting that special domestic label increase for all the bands that are part of the WSO showcase. “It’s massive exposure – especially with the WSO,” says Sannie. “I think the concept of playing with the WSO [ . . . ] and Imaginary Cities and Royal Canoe and Nathan Music Co. – it’s just going to bring close attention to all of us.”

Nathan Music Co. was also connected to the WSO through an event held for the Forks’ 20th anniversary, which was “thrilling and scary,” according to lead singer and guitarist Keri Latimer.

Latimer is grateful for the extended run—relatively speaking—of this collaboration, as “it will be easier to relax and absorb the experience.”

Two of the less visible key players in facilitating communication between band and symphony, and balancing the effect for the audience, are the arranger and the person working the mixing board, explains Mickelthwate. The arranger takes the bands’ songs and scores them, presenting a format more familiar to the orchestra.

This doesn’t mean that clear communication is guaranteed when musical worlds collide.

Latimer reflects on a moment from their last engagement with the symphony, during the rehearsal process when “we noticed that we were out of sync with the symphony at one point in a song. They asked us to please begin again at bar 24. We sort of looked at them blankly, and asked if they could please start at the second verse. They looked at us blankly until the composer who created the score jumped up and saved the day.”

While the bands may be accustomed to longer rehearsal times before a show, they will be preparing for these gigs in the style of the symphony, with only one brief, efficient rehearsal to bring it all together.

“The great thing about working with professional musicians is that exactly: they are professional, and you can expect it to go right the first time. Which is great because that’s how many times there will be before we’re in front of a crowd,” says Matt Schellenberg, vocalist and keyboard player from Royal Canoe.

Matyas also expects that the rehearsal and subsequent shows will be smooth sailing, and underscores his confidence in the symphony with a dose of humility. “As an independent ‘pop’ musician with little to no formal training, you’d have to have some substantial cojones to tell a professional symphony that they need work.”

The Manitoba Rocks! series will be held at the Centennial Concert Hall (555 Main Street), and includes two evening shows March 28-29 and a matinee March 30. Cheaper tickets are available for those under 30. See www.wso.ca for more information.

With files from Bryce Hoye

Fishing turds from a backed-up shitter

One artist, many hands