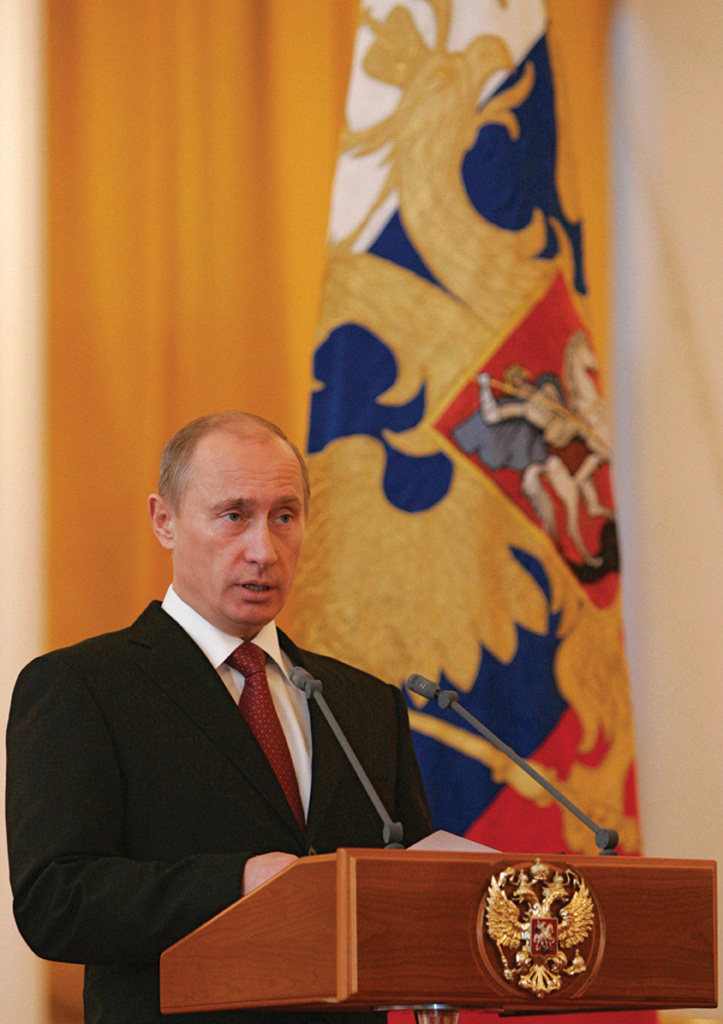 As the Winter Olympics in Sochi, Russia approach, activists around the world are attempting to fight against the legislation signed into law on June 30 by President Vladimir Putin, which made it illegal to publicly expose “non-traditional sexual relations” to minors.

To explain the logic behind his approach to protesting, Moyer cited historic examples where the Olympics acted as a vehicle for social change.

“GMM is, more than anything, a campaign designed to publicly demonstrate on an international stage that more people support LGBTTQ* rights than oppose them. It is about asking our representatives to boldly proclaim internationally that as Canadians, athletes, and fans, we see the systemic oppression of LGBTTQ* people anywhere in the world as an injustice.”

Moyer’s petition currently has over 38,000 signatures, and has secured funding from Wristband Guy – a vendor that has promised to donate enough wristbands for every Canadian Olympic and Paralympic athlete who wants to show their support.

Pride Winnipeg also expressed its full support for GMM, creating a task force to work with other Pride organizations across Canada.

Others have staged protests globally to speak out against the Russian legislation.

Julianne Howell in Ohio began a petition to try and push major corporate sponsors—Coca-Cola, for example—into backing out of the games as a means of protest. The petition currently has more than 219,500 signatures of its desired 300,000.

Coca-Cola in particular has been heavily targeted by protesters. Gay rights group All Out has sent over 150,000 emails to Coca-Cola CEO Muhtar Kent urging him to take a stance against the inequality of Russia’s law. The group further arranged for three billboard-covered trucks to park in front of the Coca-Cola headquarters in Atlanta. The sequence of billboards read: “Coca-Cola,” “Don’t Stay Bottled Up,” and “Speak Out Against Russia’s Anti-Gay Laws.”

Protesters hit the company again during Coca-Cola’s truck marketing campaign in Brighton, U.K. Ten activists turned up to launch a surprise demonstration against the corporation, urging them to break their silence on the issue and demand protection for Russia’s LGBTTQ* community. The Coca-Cola corporation posted photos of the anti-Coke protesters on their own promotional website, but have since removed them.

McDonalds is facing similar backlash, but both companies have issued statements saying that while they do not condone the anti-gay laws put into place, they also do not believe that the games should be relocated away from Sochi.

Moyer said that pulling corporate sponsorships as a form of protest is the wrong thing to do.

“Pulling sponsorship or boycotting is problematic in multiple ways but primarily an issue because it isn’t what the LGBTTQ* community in Russia wants. Working towards international reform and change only works when it is in co-operation with the people you are trying to help.”

“Ultimately, either of those responses would have an intensely negative effect on Russia’s LGBTTQ* community,” said Moyer.

Politicians will not attend games

In what may be a subtler refutation of the anti-gay Russian laws, certain high-ranking political officials have refused to attend the games.

German president Joachim Gauck was reported to have declined his Sochi invitation by German weekly Der Spiegel. His decision is “understood to be a response to the Russian government’s violations of human rights and harassment of the opposition.”

The announcement was closely followed by that of Viviane Reding, vice-president of the European Union Commission. Reding tweeted on Dec. 9 that she “will certainly not go to Sochi as long as minorities are treated the way they are under the current Russian legislation.”

French president François Hollande announced that neither he nor any high-ranking French official will attend the games, though he has remained silent on his reasons.

Hollande’s announcement came exactly one week after Gauck’s, and five days before U.S. President Barack Obama announced that, for the first time since 2000, the U.S. would not be sending their president, vice-president, first lady, or a current cabinet secretary to attend the opening ceremony.

Furthermore, Obama’s Sochi Olympic delegation lists one homosexual athlete and a second who came out to the public two days later.

Obama’s official announcement stated he was unable to attend the games due to scheduling, but that he “is extremely proud of [the] U.S. athletes and looks forward to cheering them on from Washington.” The statement continued that the delegates “will showcase to the world the best of America: diversity, determination and teamwork.”

The International Olympic Committee (IOC) has said that they will be setting up Russian-government-approved “protest zones” for those who wish to make a statement.

The vague wording of the law suggests that, while it is not illegal to be gay in Russia per se, the definition of what might constitute pro-homosexual “propaganda” is unclear.

A list issued by LGBTTQ* activists in Russia pointed out this lack of clear definitions in the law, and outlined 18 points that they felt were particularly unclear ‑ for example, whether a homosexual couple could kiss or hold hands in public.

Paraphernalia such as Moyer’s wristbands could potentially be breaking the law if worn in Russia, though the IOC has delivered assurances that the security of Olympic participants and attendees will not be affected by Russian legislation.

Moyer hopes to counteract this threat by making his protest a unified team effort as opposed to scattered individuals trying to demonstrate on their own.

As of yet there has been no official response from the Canadian Olympic team, or any action to add an official patch, pin, or other adornment to the team’s uniforms. Athletes are being approached and asked on an individual basis to consent to wearing the wristbands.

Thus far Olympic hockey player Sami Jo Small and biathlete Megan Imrie have both indicated their support for the idea should the Canadian Olympic Committee approve it. They are joined globally by New Zealand speed skater Blake Skjellerup, who has also committed to wearing a pride pin.

Skjellerup, who came out after his first Olympics in Vancouver 2010, is determined to make a statement in Sochi. “I will be myself in Russia,” said Skjellerup. “And at the moment that is illegal. [ . . . ] Sochi gives us an opportunity to highlight Russia’s anti-gay propaganda laws and say ‘this is wrong.’ Don’t underestimate how powerful that could be.”

Dayne Moyer has no intentions of giving up or letting his campaign die with the Winter Olympics.

“I find violations against human rights in any country offensive and understand that Russia is only one in a laundry list of offenders. However, the Olympics [provide] an international platform to raise awareness about these laws. The Summer Olympics will next be held in Brazil—the international capital of transgender murder—and I believe a similar campaign to raise awareness and promote social reform is important for that country as well.”

The Winter Games are scheduled to begin on Feb. 7 and conclude on Feb. 23.