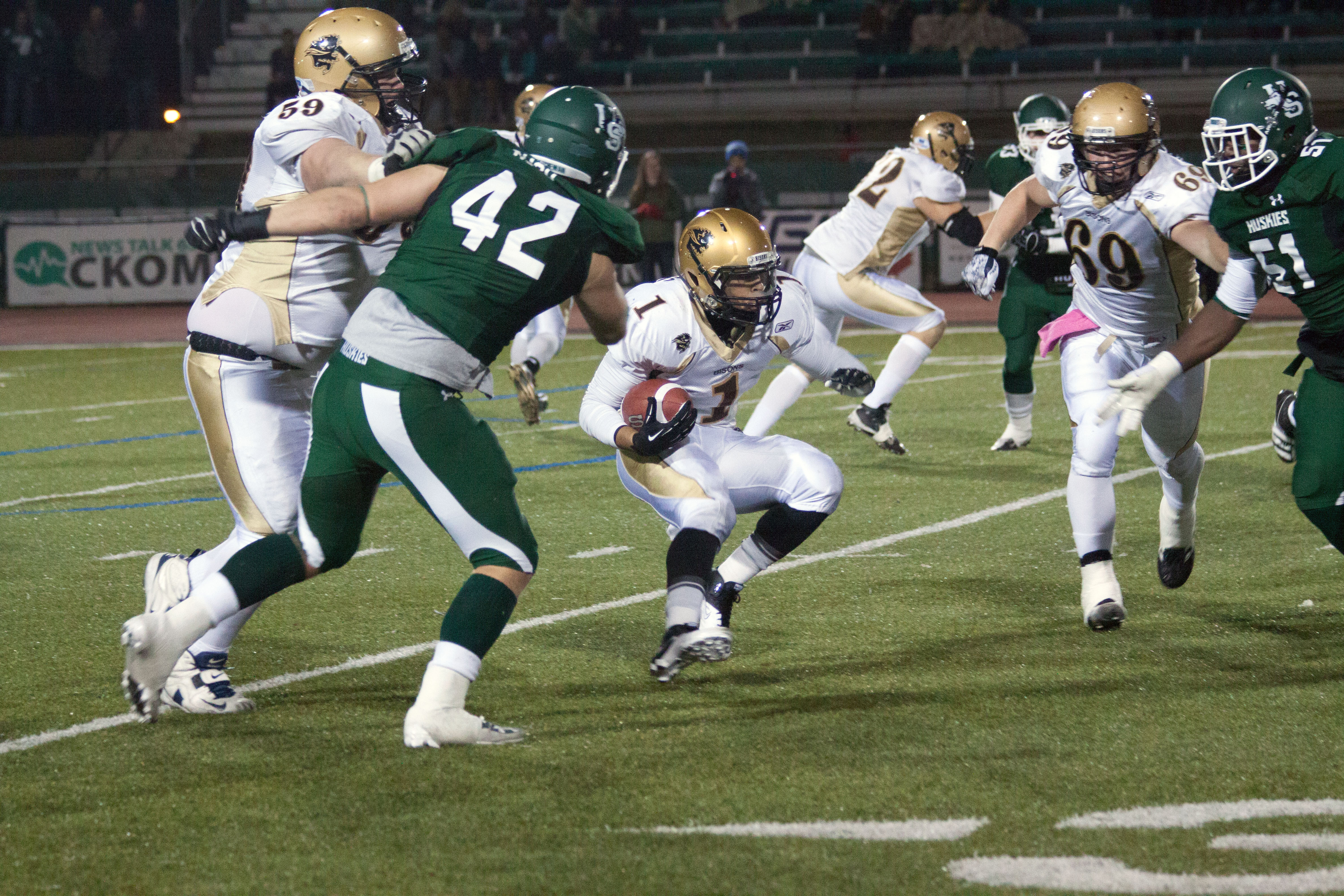 The Bisons are potentially one win away from finishing second in the Canada West conference after a 33-26 victory over the U of Saskatchewan Huskies on Oct. 18. Winning over Saskatchewan was key to keeping their playoff hopes alive. Now, the Bisons head into the final week of the Canada West regular season in a three-way tie for second place with Saskatchewan and UBC.

Bison quarterback Jordan Yantz finished the game with good numbers, but had some issues in the first quarter. After settling for a field goal on Manitoba’s first drive of the game, Yantz was intercepted in the red zone on their next possession. After a quick Saskatchewan two-and-out, Yantz and the Bison offence needed only four plays to find the end zone, as Yantz hit Nic Demski with a 21-yard pass for Demski’s fifth touchdown of the season.

The teams would battle for field position in the second quarter, with Saskatchewan placekicker Denton Kolodzinski booting his second field goal of the day from 29 yards. The teams would head into halftime with the Bisons leading 10-6.

On the second-half kick, a Bison fumble set the Huskies up with great field position. Saskatchewan running back Dexter Janke capped a three-play drive with a 15-yard touchdown rush that put the Huskies up 13-10. Six minutes later, the Huskies would extend their lead with a third Kolodzinski field goal.

After only completing one of six passes in the second half, Yantz connected with four different receivers, capping off a 95-yard drive with a 27-yard touchdown pass to Dustin Pedersen. The score, plus a team safety given up by the Huskies, gave the Bisons a 19-13 lead heading into the fourth quarter.

The Huskies jumped back on top early in the fourth. Shane Buchanan busted out a 50-yard run and later plunged into the Manitoba end zone to re-establish Saskatchewan’s lead. The Bisons responded on the scoreboard almost immediately.

After a 24-yard rush by Coombs, Yantz connected with Matt Sawyer for a 41-yard touchdown passing play that made the score 26-23. Kolodzinski tied the contest with his fourth field goal, but Yantz would put the game away for the Bisons with his fourth touchdown pass of the night, a 28-yarder to Alex Vitt.

The Huskies tried for a tie late in the fourth, but an interception by Cam Teschuk in the final two minutes foiled any hopes of a dramatic comeback.

Yantz finished the game completing 18 of 32 passes for 364 yards, four touchdowns, and one interception. Coombs led all rushers with 88 yards, and the Bison defence recorded four sacks on the night.

The Bisons’ win over the Huskies and UBC’s dominating 60-0 victory over Alberta has set up an interesting final week in the Canada West. The Bisons travel to play the Alberta Golden Bears in Edmonton, while UBC travels to play the undefeated Calgary Dinos, and the Huskies are in Regina.

The Bisons should now hold the tiebreaker over Saskatchewan with the win, but if Manitoba and UBC end up tied for second place, it will come down to each team’s point total for the season. A three-way tie for second place will require all sorts of math to figure out where each team will end up.

Fortunately for Manitoba, they wrap up their regular season against the winless Alberta Bears, who have been outscored 170-359 this season by their opponents. Nothing is guaranteed in football, but a win against the lowly Golden Bears might be enough to secure an early November game at Investors Group Field.