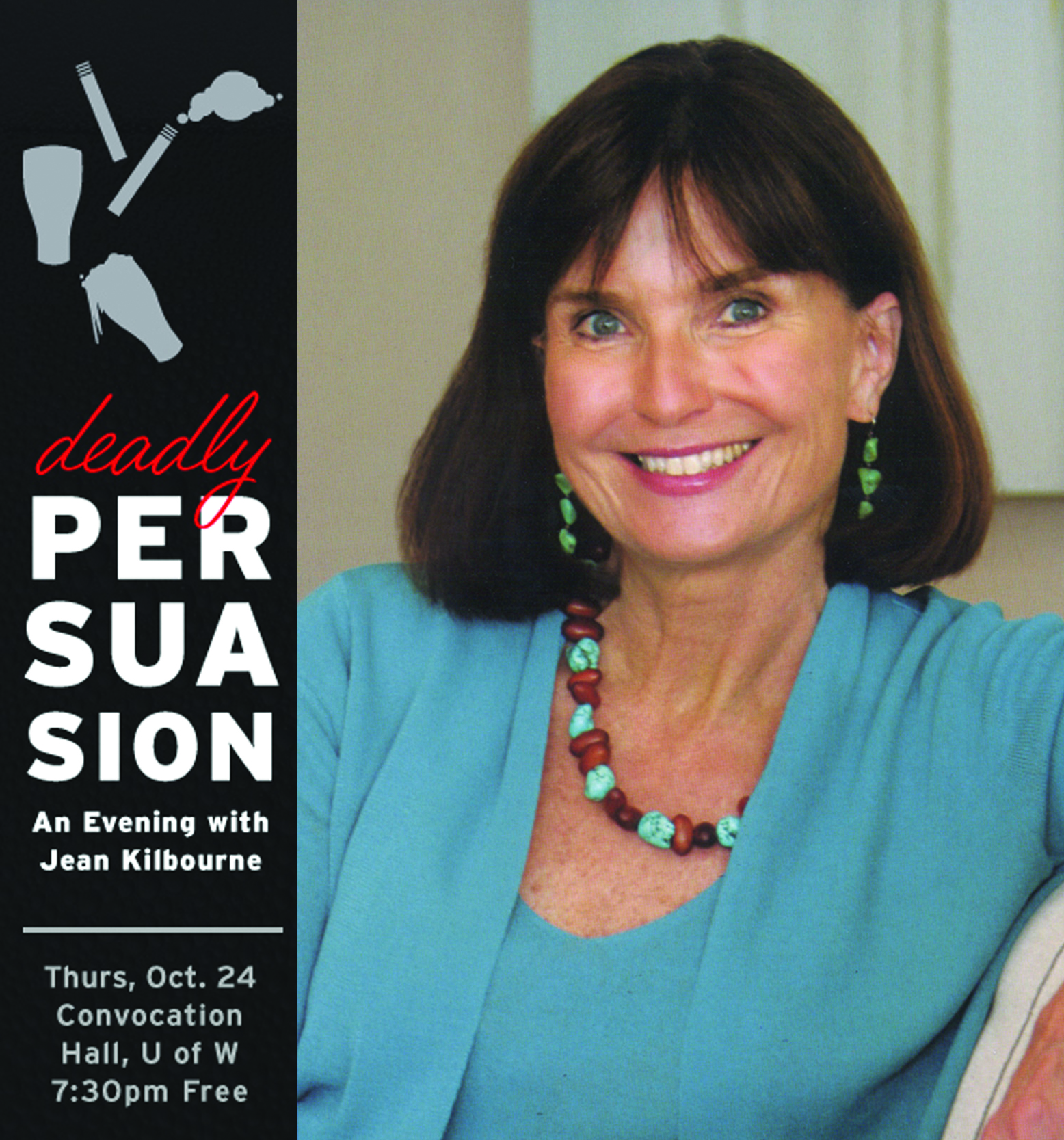 Generally, we like to think that we are smart enough that the media is not manipulating us. We’re beyond the age of Mad Men, of Don Draper-esque characters holding forth our universal—or specific—soft spots, and writing copy aimed right at our hearts. But we may forget, as Jean Kilbourne—a feminist author, speaker, and filmmaker—points out, that “we’re up against huge forces and huge amounts of money,” and the game has changed a lot since the 1960s.

In 1968, Kilbourne started clipping out and collecting advertisements, and she started to notice some trends. Taking ads seriously was a radical idea at the time, but Kilbourne was persistent, and continued to blaze a trail over many decades, studying, writing, and lecturing about the effects of advertising.

While Kilbourne has been joined by others sounding the alarm, we may still be deceiving ourselves about our immunity to persuasion.

Education about media literacy is an important step in lessening its influence over our lives.

This influence might not even be something that we are immediately aware of, says Kilbourne.

“Advertising affects us mostly subconsciously, and now with the brain research, they’re able to find out [ . . . ] how we’re responding emotionally to something [ . . . ] even if we don’t really know it.”

This is one part of a sophisticated system, along with incessant data collection, that has been leading marketers to targeting us more individually than ever before, using methods seamlessly integrated into services we use in our daily lives.

Think of the last time you visited a site like Amazon or Netflix. After making your selection, a list of recommended titles popped up. Or maybe you have noticed a pop-up advertisement that is eerily similar to the topic of your last Google search. These are the more obvious outcomes of targeted marketing, based on information you may not have realized you were disclosing.

“People don’t realize that it’s almost impossible to throw something away on the Internet [ . . . ] Marketers are tracking our every move,” says Kilbourne.

While the advent of more user-generated online platforms has led advertisers to adopt more individualized tactics, they’ve also opened up possibilities for resistance.

“Never before in human history has there been this opportunity for people to communicate so quickly around the globe [ . . . ] so the possibility for action and resistance are terrific,” says Kilbourne, citing the Arab Spring as a major event that was largely facilitated by social media platforms.

There are also more groups working in the field of media literacy today – more books, more documentaries, more people studying and understanding the psychology and effects of advertising.

“The more we make it conscious and the more we know about it, the more obvious it becomes [ . . . ] Paying attention to it reduces its power.”

For this reason, Kilbourne believes that media literacy should be included in school curriculums, beginning as early as kindergarten.

“We need to teach our children to be critical viewers, and that part of media literacy should be making people think of ourselves as citizens rather than as consumers.”

This small shift from a highly individualized, consumer-focused viewpoint to one of active engagement in our communities and society as a whole is a key issue for Kilbourne.

It is this change in focus that Kilbourne has been working towards over the last 40 years, through her own lecturing and writing, being featured in documentaries such as Miss Representation, and creating the Killing Us Softly series. Her message of media literacy can have an enduring impact.

“The thing I hear most often after [people] have seen my lectures or my films is that they never look at ads again in the same way.”

With more education and more media literacy educators the persuasive influence of advertising media will become more obvious, and less insidious. With four decades of hard work, Kilbourne has seen many changes in her field.

“In general, things have gotten much worse [ . . . ] the obsession with thinness, the tyranny of the ideal image of beauty, the violence against women, the sexualization of children, the selling of alcohol to kids ‑ all of this is much worse than it was when I started out. But what’s different is that I’m no longer alone.”

Join Jean Kilbourne for a free public presentation called “Deadly Persuasion” on Oct. 24 at 7:30 p.m. at the University of Winnipeg, 515 Portage Avenue.  For more resources about media literacy, visit www.jeankilbourne.com.