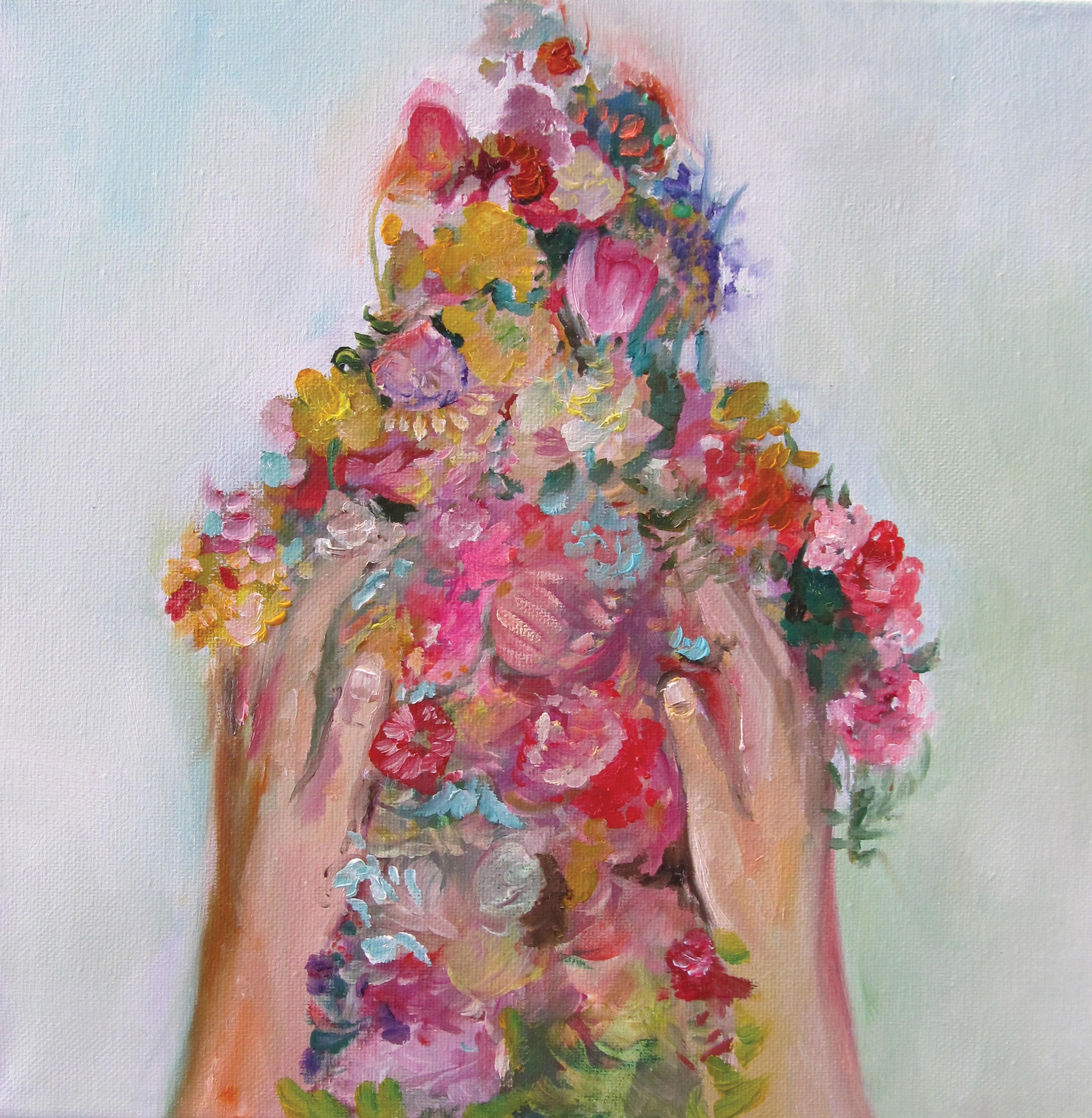 Mélanie Rocan’s new exhibit, Souvenir Involontaire, is on display at the Plug In Institute of Contemporary Art from Sept. 28 to Nov. 10. The exhibit explores the concept of involuntary memory formation and retention.

The concept of “memory” teeters between the concrete realities of our external world and the abstractions of our internal selves: “Did that really happen, or did I just make that up?”

There are some moments we remember that can’t be put into plain language. The memories we form in our minds have the ability to play with our senses and create emotional connections with our environment, sending us into wordless waves of nostalgia.

Mélanie Rocan’s new exhibit, Souvenir involontaire, captures this idea. The title is based on Marcel Proust’s concept of involuntary memory, referring to the idea that fleeting moments have the ability to evoke memories effortlessly.

In her paintings, Rocan uses bits and pieces of elements from her past to create a narrative of her experiences. The presence of expansive skies, fields, railroad tracks, and telephone poles tell of her early life in the rural prairies. Balloons and ferris wheels are included to call to mind a time of mirth and innocence. She also conveys some of the more difficult memories in her works, through her use of muted colours in the backdrop.

Rocan admits that “there’s a lot going on” within her paintings.

“Certain images, they just always seem to come up [ . . . ] I guess I kind of use certain images again and then they trigger more images, almost like orchestrating a kind of painting where you start with something and it leads you to the next. Almost like making a poem, too; it’s almost like an image association.”

Rocan completed her MFA at Concordia University in Montreal. Her works have been included in other exhibitions in Montreal; Toronto; Glasgow, Scotland; Saskatoon; as well as in other galleries around Winnipeg.

Taking her influences from the movements of surrealism, expressionism, and romanticism, there’s an ethereal quality to the way Rocan paints.

“I always try to do the paintings kind of floating, you know, lingering kind of in between a darkness and playfulness,” she says.

Her works blur the lines between dark and light—of the individual and their environment—trying to resolve these dichotomies.

Often, Rocan includes female figures in her paintings, which serve as an autobiographical portraiture, allowing the narrative to be experienced by a representative figure. They are meant to express her struggles and portray some of the things that she herself has gone through.

“Some of [them] are kind of invaded by all these debris. I just want to show a figure that’s still kind of almost debilitated by these overcoming marks or objects,” she says, referring to her own battles with anxiety.

Regardless, her paintings evoke a sense of hopefulness. Rocan accomplishes this using lush pops of colour from her palette and adding them in like “bubbles or little objects.”

“Tiny [details] in this large painting [ . . . ] pull the viewer in to pay attention to those little moments and those little memories.”

Rocan acknowledges the presence of both the positives and negatives of life experiences, and tries to represent them both within her paintings.

“Even when you listen to the news there’s always like bad, bad things happening, but through the bad things there’s also good [ . . . ] You can go through difficult moments that could be very bad, but there’s also such a positive side too. It’s like that dichotomy where it’s lingering between both.”

Souvenir involontaire will be exhibited at the Plug In Institute of Contemporary Art from Sept. 28 to Nov. 10.