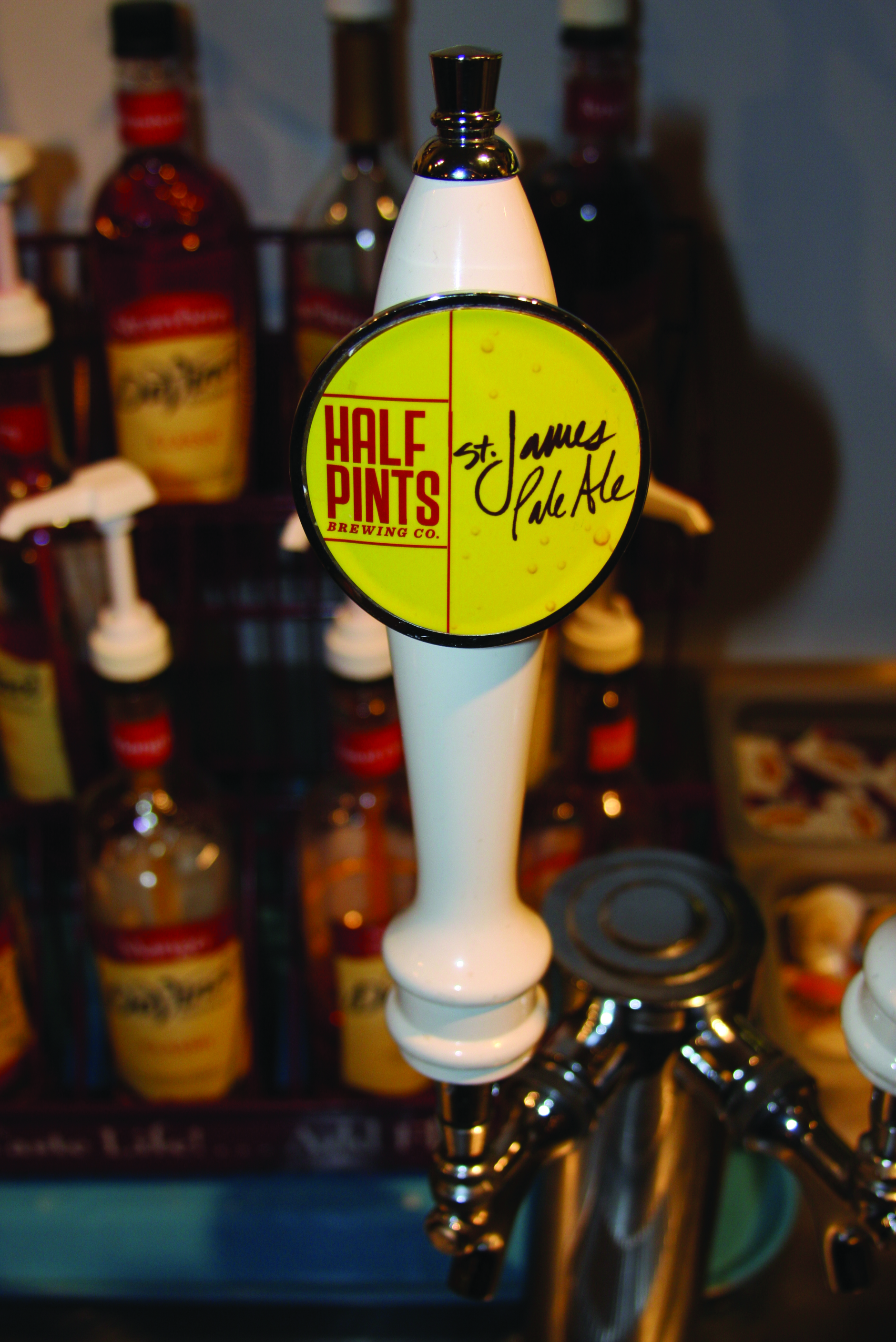 Even in the gift shop, adjacent to the room where the action actu­ally goes down, Winnipeg’s Half Pints brewery has its own distinctive smell. It is the first thing you notice when you walk into the inconspicu­ous old building at 550 Roseberry.

To say it must be yeast is getting close. Yeast with an almost subcon­scious hint of hops is even closer; yet the reactants somehow do not at all smell, at least to my untrained olfactory bulb, like the final isolated product: Winnipeg’s best line of craft beers.

The pleasant but unfamiliar aroma is the first hint that the goings on behind closed doors are an interesting mix of chemistry and art.

Half Pints, which originated in 2005 by Nicole Barry and brewmaster Dave Rudge, specializes in produc­ing beers for the connoisseur. Not a single product turned out tastes bor­ing or derivative, and half (maybe one-quarter) of the fun is researching your favourite brew. This is owing to a couple factors.

First, the Half Pints brewers are fond of purchasing (and experi­menting with) varieties of barley malts from around the world. Barry says that while local ingredients are important, most malts from the Manitoba region are used in the widely-available domestic beers.

Second, the Half Pints team is made up of self-proclaimed hops fanatics. Several different types of hops are stored in the brewery freezer, in both pellet and “whole hops” forms. To enhance bitterness and flavour, hops are added to the liquid por­tion of a malted barley-and-brewing liquor mixture (the liquid portion specifically is known as wort) at dif­ferent stages of a rolling boil.

Next, yeast is added to the mix­ture (now in a fermenting vessel) along with oxygen. At this stage, hops may be again added to the soon-to-be beer, this time in order to enhance aroma.

In contrast to the mass-market beers, Half Pints libations are at most lightly filtered – they simply allow the soup to settle.

Once the beer is carbonated in pressurized drums, it is ready to bottle. This process is completed with the aid of a simple conveyor belt-like machine. The bottles are then stacked into boxes by hand.

During my tour, I was most struck by how the brewery reminded me of a laboratory. There was an obvious enthusiasm for experimentation.

For example, the company often puts out unique seasonal beers, such as their Demeter’s Harvest Wheat Wine (which has honey in it). And you won’t see many mass brewers forgoing the forcing of carbon dioxide through a batch of beer, opting instead to allow CO2 to build up naturally during the yeast fermentation process.

Nicole Barry sometimes travels to Kentucky looking for old bourbon bar­rels in which to age beer – their special Le Temps Noir Imperial Stout, for example, is aged in such a container for six months. And the barrels can be reused.

“When Dave and I started brew­ing we had sort of a DIY attitude about making beer. We just have a real focus on brewing what we like to drink,” Barry commented near the end of my visit.

Finally wrapping up on the produc­tion floor, I asked Barry what exactly it is that makes a beer a craft beer, and she offered a good answer. But the guys stacking beers into boxes by hand, and the racks of bourbon barrels, and the copper kettles, and the hops freezer, and the smell distracted me, and I forgot to write it down. I was satisfied and did not ask her to repeat herself.