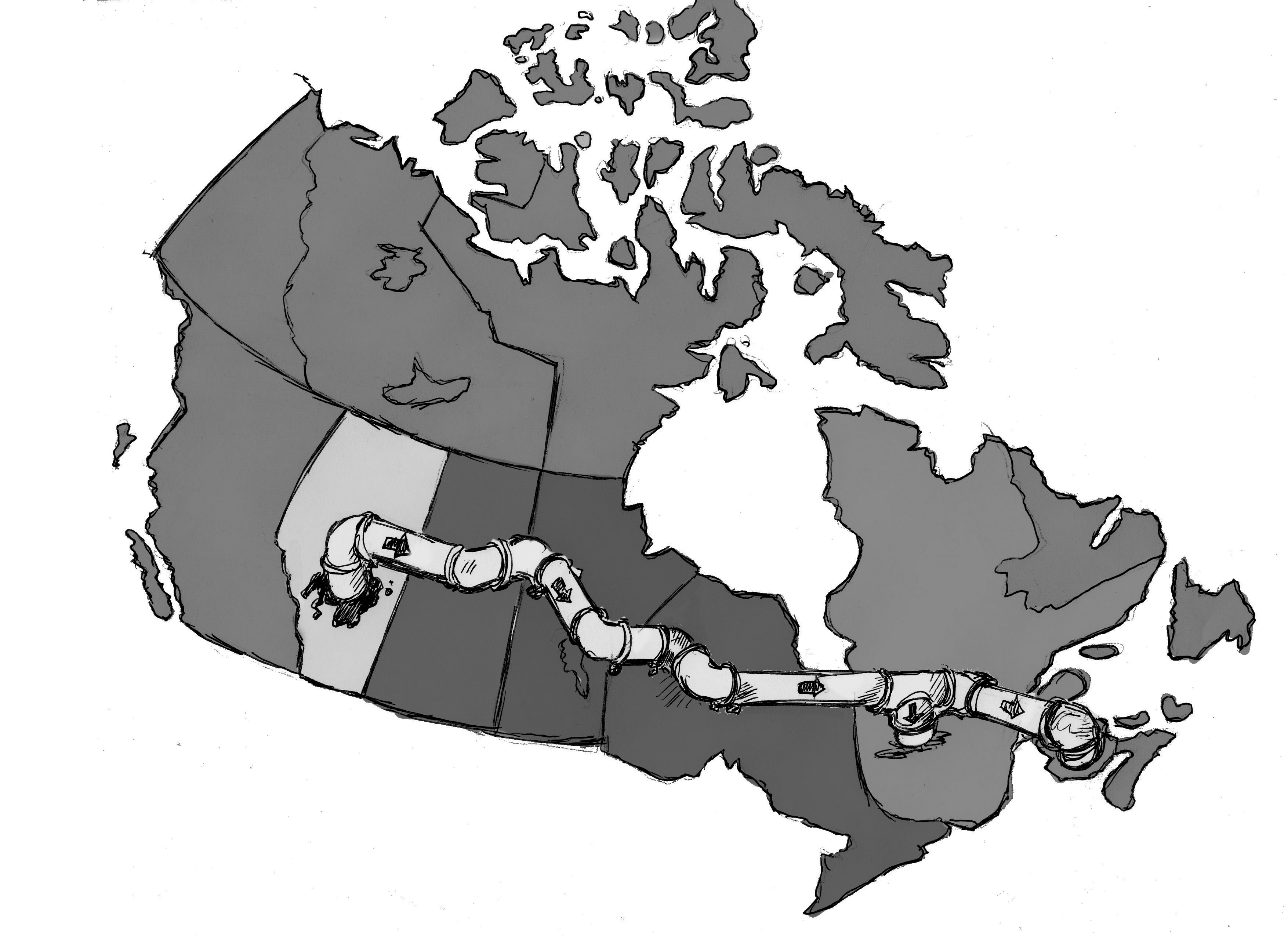 TransCanada Corp. has proposed converting 3,000 km of natural gas pipeline into use for crude oil transportation. This pipeline would ship oil from Alberta and Saskatchewan to eastern parts of Canada, including Quebec and New Brunswick.

Another part of the proposal is to construct a new 1,400 km-long pipeline from Quebec to Saint John. If plans go ahead for the project, oil could begin shipment as soon as 2017.

This new project, the Energy East Pipeline, would have the ability to transfer between 500,000 and 850,000 barrels of crude oil per day to Eastern Canada.

TransCanada made the announcement of the new project on Apr. 2, saying that companies wanting to ship oil through this pipeline would have from Apr. 15 to June 17 to sign on for long-term contracts with TransCanada.

Federal Natural Resources Minister Joe Oliver said the new pipeline would be very beneficial for both Canada and North America in terms of energy security.

“Pipelines moving oil from Alberta to Quebec to New Brunswick would be among the most expansive and ambitious stretches of energy infrastructure in the entire world and would contribute to the energy security of Canada and all of North America.”

There has been skepticism over the proposed pipeline, however, with some being concerned over the environmental dangers this could pose.

Keith Stewart, climate and energy campaign coordinator for Greenpeace Canada, said that spills could be a major concern due to the fact that pipes are old.

“This would be a very old pipeline built to carry natural gas, not diluted bitumen, and you could have major spills. This goes through some very remote areas, but it also goes through populated areas.”

Stewart said that it is now more than ever that Canadians need to be reducing the use of oil.

“This is about deepening our addiction to oil at the very time we need to get off of oil,” said Stewart. “We need to win in the green energy economy, not digging ourselves deeper into the fossil fuel economy.”

In response to these concerns, Oliver said such apprehensions are groundless. He claimed further that we should to take into account the need for Canada to increase our access to profitable international markets.

“If you follow their logic to its conclusion [ . . . ] what they’re saying, I guess, is that they don’t want to see any pipelines built,” said Oliver.

“If we do not build pipelines, the oil will be stranded and all the potential economic benefits that would flow from that would be lost.”

Speaking to these same concerns, Ontario Member of Parliament and Treasury Board President Tony Clement commented that most opposition is coming from “David Suzuki” type environmentalists.

“The problem is not the labour unions, it’s David Suzuki. Groups like David Suzuki’s group are opposing this project even though for all intents and purposes this pipeline has always been there and all we’re doing is reversing the flow.”

New Brunswick Premier David Alward is in support of this pipeline, saying that the project could push New Brunswick to become a major energy contributor.

“We envision New Brunswick as Canada’s next energy powerhouse and Saint John as the anchor of that powerhouse. If we proceed, this project will strengthen our national and provincial economies and create jobs and economic growth today and for generations to come.”