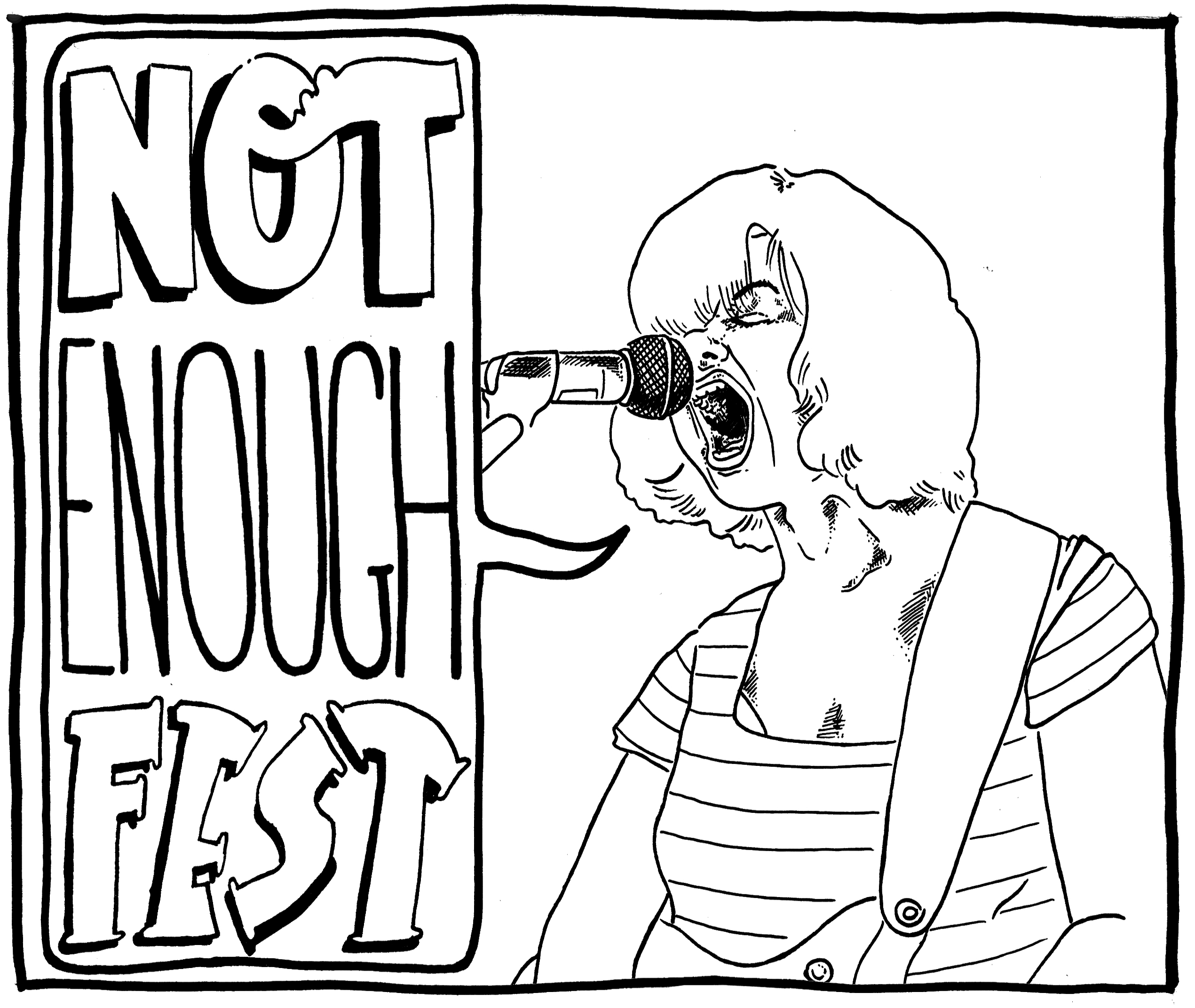 “Women and queer people deal with sexism and homophobia out in the world every day, and music scenes are not so different,” says Shelagh Pizey-Allen, who, along with Kara Passey, Caitlin Hutchison, and Doreen Girard, has a hand in organizing the fest after hearing about a similar event held in New Orleans.

“I wanted to get involved with this project because I know lots of people, myself included, who are really into music but don’t have the confidence to perform publicly or even seek people out to form a band,” says Pizey-Allen.

“There are lots of great people who are supportive of women being in music, but that’s different than making a band with someone even if they suck at first, or offering to teach someone an instrument. So we’re trying to actively support women and other people making music.”

The fest is unique, in that all the bands playing will have only been for around two months. Just recently the concept was announced via a Facebook group, and now NEF is working on forming a community where people can create new bands. All acts performing on the final date will be brand new – the idea is to create an equal playing field to take the pressure off of performing.

A free kick-off event with live bands will be held on Apr. 27 to help potential band members find each other and share ideas. A panel discussion involving local musicians, such as Alana Mercer (the Gunness, Angry Dragons) and Jenna Diubaldo (the Vibrating Beds) will be held to encourage a discussion about personal experiences of getting involved with music.

Pizey-Allen describes it as “musical speed dating, but mostly a party.”

NEF organizers and other volunteers are looking to provide beginners with instruments, jam space, and workshops if they need them – the goal is to get as many marginalized people making music as possible, although everyone is welcome to submit a band.

“If you really like music but have never been in a band, you should try to make something.”

Pizey-Allen stresses the fact that the fest is working to offer active inclusion instead of just being passively inclusive of women, queer, trans, and gender-nonconforming people who choose to self-include themselves in the music scene.

“The number of people who’ve expressed their excitement about NEF really shows that there’s a need for this kind of project. We know that not all women have the same experiences of sexism, and [there is much exclusion in the music scene] that our project does not address. We’re organizing this because of our own experiences.”

Pizey-Allen says that the best outcome would be that some projects will keep making music past the upcoming June 22 fest.