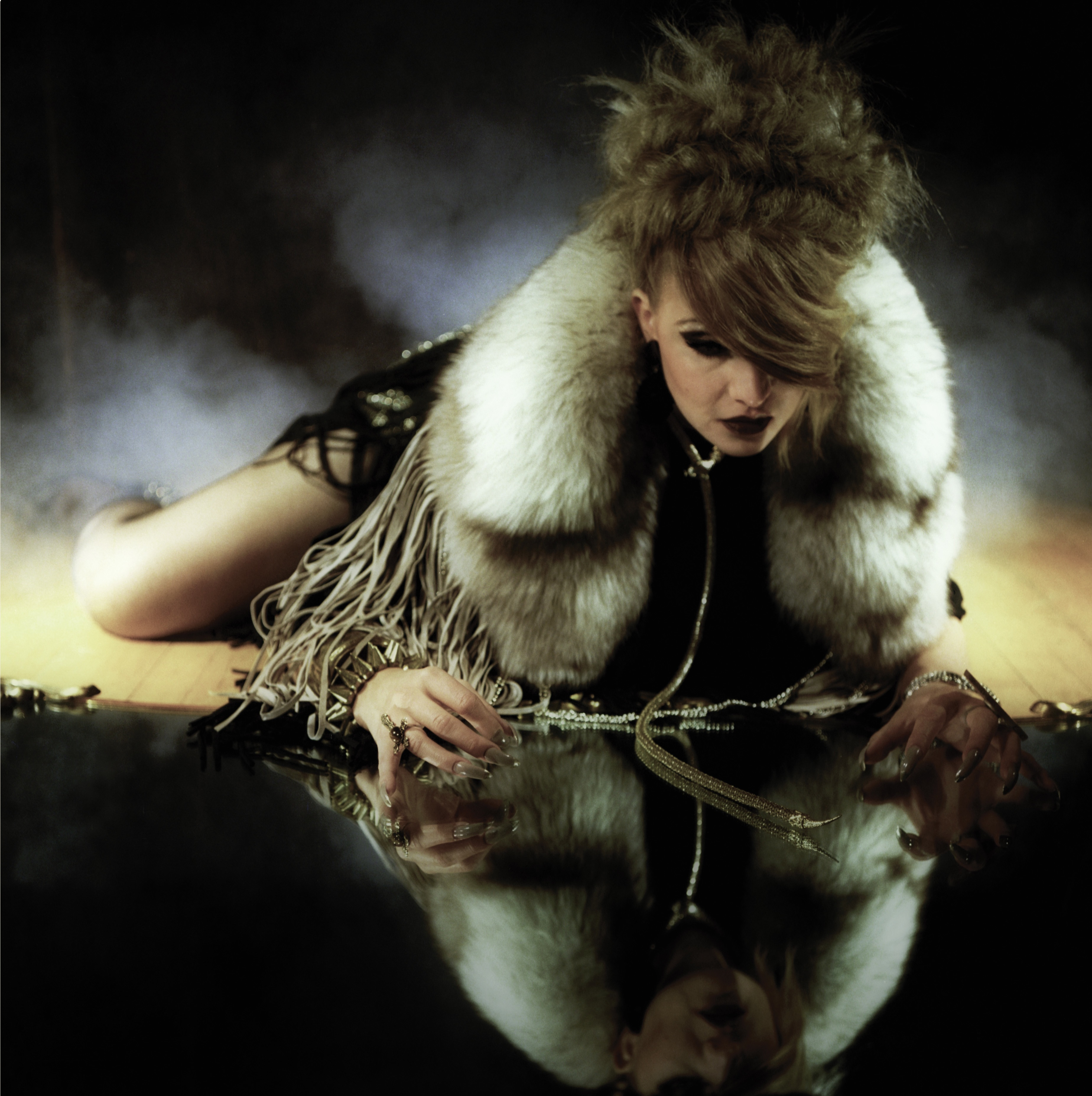 In… Ready to Go by Greg Arcade

The newest release from rock and roller Greg Arcade is another example of this Winnipeg one-man-band’s ability to write catchy and simple pop songs that you’ll be humming for days. The EP, entitled In… Ready to Go, features five little ditties that provide the perfect soundtrack for highway driving with the top down and your honey by your side.

The album starts out with the track, “If You Don’t Mind…” which is a fast-talkin’, hot-doggin’, good ol’ tune about travelling the world and making love with your sweetheart. Next up is “Hunny Bee,” another ode to love gone right, in the style of Hank Williams.

The album continues on in this fashion, with cute, simple, three-chord melodies proclaiming this six-stringed heartthrob’s love for his baby, song by sweet little song.

This record is stripped down in just the right way and makes you feel like you’re sitting in a living room with Arcade and his guitar. The songs do become a bit repetitive, but that’s the nature of the twelve-bar blues.

Do yourself a favour and pick up two copies of Greg Arcade’s new album – one for yourself and one to share with your main squeeze.

Chalet draws obvious influence from iconic punk bands such as NOFX and Guttermouth. Tracks like “What If” and “Take It Back” feature fast, no frills punk rock, whereas songs such as “Give Up or Give In” and “Sidewalks” are very reminiscent of some of the earlier work of Blink-182.

Kids & Heroes certainly aren’t reinventing pop punk in any way, but rather getting back to their roots and really embracing the fundamentals of this genre with fast drums, power chords, and generally not giving a shit.

If you’re looking for some good, old-fashioned punk rock then pick up Chalet and let Kids & Heroes be the soundtrack to your next party.

Local noise-punk/metal/hardcore trio KEN Mode are set to release their newest full-length release, Entrench, on Mar. 19 and it’s destined to be one of the best albums to come out of Winnipeg in 2013.

Entrench follows suit with KEN Mode’s previous albums, but with each release the band gets tighter, more mature, and seems to push their music to new places while still holding true to their signature sound.

This album is loud, fast, and heavy, featuring vast walls of sound comprised of intricate guitar riffs, punchy bass licks, complex drum lines, and passionate lyrics. Each song hurtles you into a vortex of buildups and breakdowns, destroying any preconceived idea of how a song should be structured. Just when you think you’re drowning in an ocean of noise, you get pulled back to the surface as the band leans into a catchy hook.

The album takes off with “Counter Culture Complex” propelling it forward at full speed. Songs like “The Promises of God” and “Why Don’t You Just Quit?” maintain this energy and sense of urgency, while tracks such as “The Terror Pulse” and “Figure Your Life Out” provide not only interesting song titles, but also more laid-back grooves.

It’s likely that Entrench could again garner some award attention, much like KEN Mode’s last release, Venerable, which won them a Juno award in 2012. This album is a must-have for fans of noisecore, metalcore, or whatever other derivative of some obscure music genre. It’s just good, OK?

Forever Potential by Sons of York

Sons of York provide 50s-influenced bubble gum pop with an indie edge that is the perfect soundtrack to any high school dance, and their new six-song EP is no exception.

Forever Potential is the fourth release from brothers Luke, Cody, and James Kennerd, and demonstrates a songwriting ability that is beyond their years. The songs on this album are poppy, well-composed, and filled with catchy hooks.

Sons of York clearly draw influence from bands such as The Strokes and OK Go, with songs like “Young Blood Unite” and “Smoke/Drink” featuring danceable drumbeats and infectious bass lines that will have you uncontrollably tapping your toes and bobbing your head.

Tracks “Answer” and “Sweet Sarah” are a bit more sentimental, with heartfelt lyrics and honey-dipped, three-part harmonies that provide a great balance to the aforementioned high-energy numbers.

Fans of fun, danceable indie pop should surely pick up Forever Potential, and keep your eyes peeled for future releases from Sons of York.

Anhedonia by This Hisses

Anhedonia is by far This Hisses’ strongest release to date, leaving behind their garage rock aesthetic and moving towards a darker and more evil-sounding brand of rock and roll that embodies a new wave/post-punk vibe and borrows influence from bands like the Smiths and Joy Division.

Guitarist Patrick Short takes a front seat on many of the tracks on this album, leading the charge with guitar lines that drive the melody and still seem to know exactly when to fall into the background and let lead singer/bassist Julia Ryckman take the reins with her warbly, operatic pipes.

The second track on the album, “Blacksmith,” very audibly demonstrates this new change of influence for the band with Ryckman’s very Morrissey-esque vocal approach, while “The Long Slow Crawl” and “Winter’s Grip” take the band in more of an aggressive, punk direction.

It’s clear that This Hisses have found their groove and will likely only continue to grow stronger with each album released. If you haven’t yet checked out This Hisses, then Anhedonia is the album to pick up.