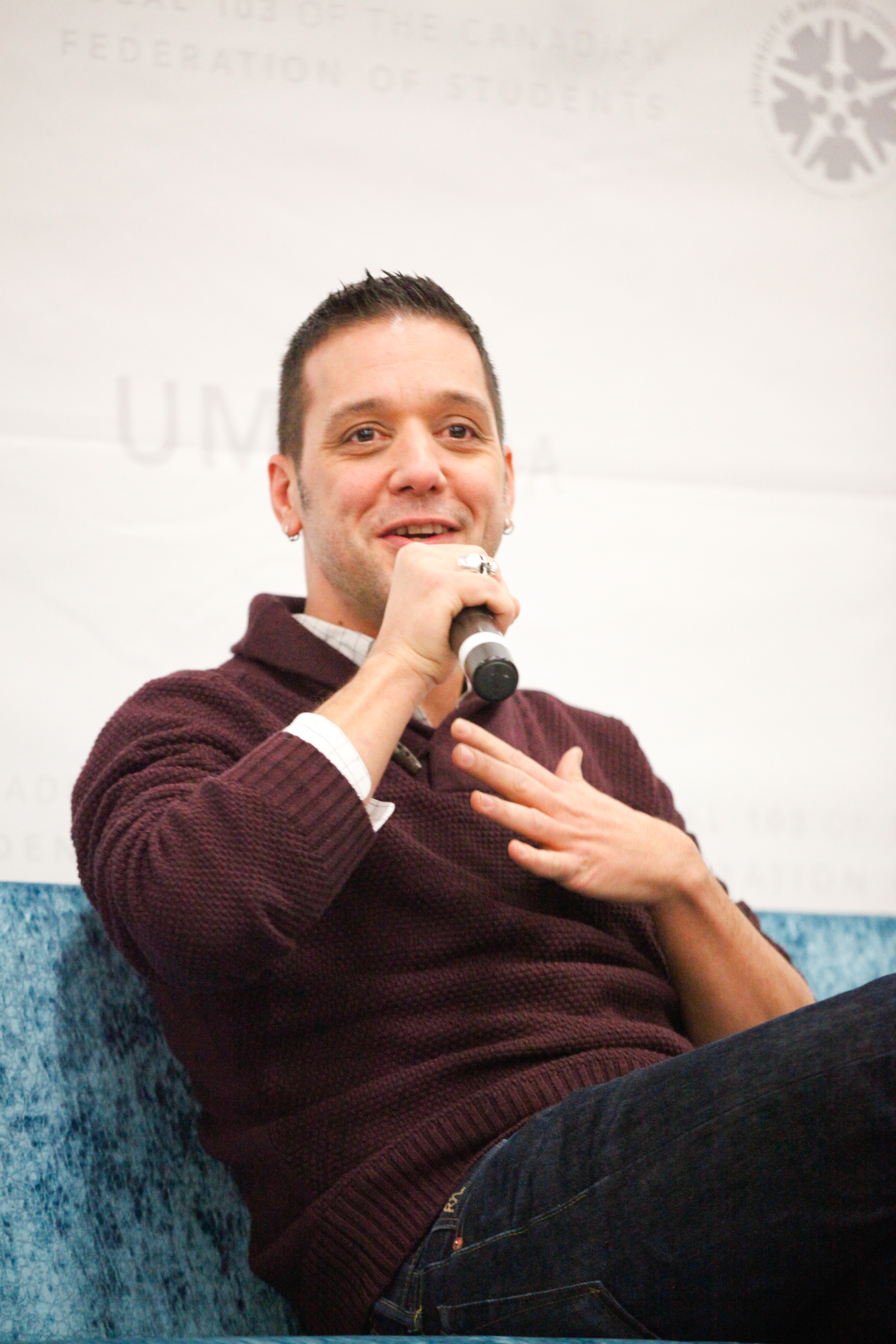 Celebration Week at the University of Manitoba was held from Jan. 28 to Feb. 1, an event that UMSU holds yearly to bring students entertainment and inspirational speakers who shed light on important current issues.

UMSU president Bilan Arte told the Manitoban that the point of Celebration Week is to celebrate life and learning through fun experiences and engaging speakers. Arte said that each year a survey with a list of topics is sent to each UMSU member, asking them about current issues that they would like to learn more about. According to Arte, an overwhelming majority of students wanted to learn about issues relating to the media, bullying, and Indigenous activism due to the popularity of the Idle No More movement.

Arte said this year’s turnout was a success. She also noted that it is great to hear from the members directly about what is important to them, and encouraged students to get involved with the union.

“It’s been awesome to see so many students go to not just one event, but two or three of the same events, because that way we get to see a lot of the same faces over and over again [ . . . ] We’re really excited to have a more engaged membership.”

Some of the Celebration Week performers included Buffy Sainte-Marie, who spoke about the Idle No More movement, and Fred Penner, who touched on the importance of staying positive and what it means to find yourself.

George Stroumboulopoulos spoke on Feb. 1 about being an engaged citizen in the media. He explained how June Callwood, a Canadian journalist and activist, had a profound impact on him. Stroumboulopoulos was honoured to be Callwood’s last interviewer before she died of cancer.

The most important issues facing Canada right now, Stroumboulopoulos said, is support for gay marriage, equal pay for women, safe injection sites, and a reformation of punishment and the justice system. He also touched on the Idle No More movement, which he described as a powerful movement with expectations for growth.

When asked about student debt, Stroumboulopoulos said that, although it is an issue he can’t identify with, he believes that education should be lower in price and accessible to everyone. He suggested that students should start a “lower my fucking tuition party.”

Also included in Celebration Week was a seminar featuring Sex Trade 101, a Canadian group of sex trade experts who aim to raise awareness and educate individuals on the sex trade industry. The seminar was held on Jan. 28 and included discussions surrounding common misconceptions regarding sex trade workers.

Redsky explained that 70 per cent of trafficked individuals are Aboriginal women, and that there are 400 sexually exploited youth in Manitoba.

The seminar was a part of Pyjama Week, a week in support of sex trade workers that occurred simultaneously with Celebration Week, and Safe Night Off Winnipeg Streets (SNOW) night, an event intended to provide sex trade workers a safe night where they can connect with organizations who provide support programs. People were encouraged to wear pyjamas during the week and donate new pyjamas, blankets, pillows, and toiletries for SNOW night.

Tammy Junghans, coordinator of pyjama week and a student studying Native studies, told the Manitoban that students are particularly expected to be educated about the sex trade industry because they have the power to change the world.

She described the sex trade as a business based on supply and demand. According to Junghans, the question, “what is driving demand?” needs to be asked. She also suggested looking at the current culture, where sex sells everything.

Junghans described the perception of a sex trade worker as having chosen that lifestyle but, ultimately, she said it comes down to a lack of choice.

Redsky explained that the average education level of a sex trade worker is grade seven, which leaves little opportunity for employment.

Another event, held at Degrees on Jan. 31, discussed the Gender Inclusive Washroom Initiative (GIWI). GIWI has proposed a washroom that would welcome all bodies, and would aim to make everyone feel welcome and comfortable when using the facility.

The panel discussed the idea that sex is not equal to gender and that some people, despite being born with a certain anatomy, do not identify with the label associated with that anatomy.

Lara Coppola, a second year student from the faculty of social work, attended all of the events that she could during Celebration Week.

“There has been a lot of diversity in culture and great informal learning situations. I also can’t complain about all the free stuff. It was cool to see everyone in the university come together and really celebrate their campus,” said Coppola.