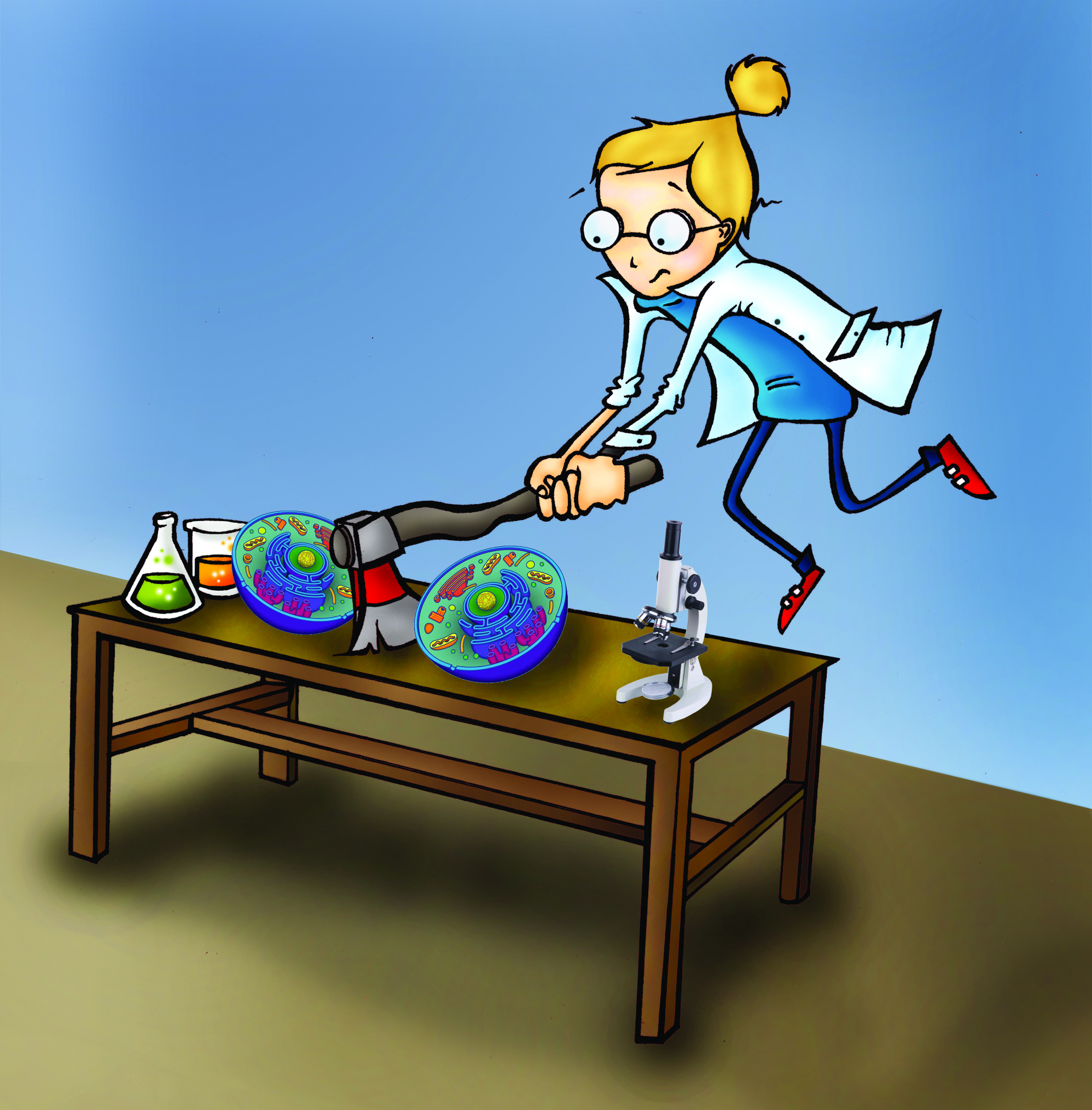 Just as there are negative consequences to human overcrowding, so too are there with cellular overcrowding. Over time, if a flask of cells is allowed to grow undisturbed, the cells will grow until they merge together and become “confluent.” Cells reach a state of confluence when they fill the entire flask surface on which they grow, and have no further room to propagate. If the population of cells is not tended to quickly enough to separate the growing mass into smaller sub-populations, the cells (which are adherent) will stop growing, and may eventually die.

The neat thing about cancer cells (particularly the cell lines) is that they are immortalized, meaning that they are able to grow indefinitely. Theoretically, the same researcher(s) could perform cell culture on the same cancer cells for their entire career(s), passing that experiment and those cells onto the next generation of cell-tenders, and so on. Of course, this is assuming that those first generation researchers don’t miss a day in feeding the cells, assure that there is no bacterial or fungal contamination to harm the cells (which is not as easy as it sounds), and are prepared to monitor the cells as though they were dependent infants who constantly required your time and attention.

Generally, cells are grown in the lab because they are required for experimental purposes, and they are split into increasing generations because large quantities of cells are required to carry out the experiment. Over the span of several weeks, a single flask of cells can be maintained and split into several flasks, all of which may then be utilized for the designed experiment.

Cell splitting
Because we are working with human cells (cancerous cells in my case), safety precautions need to be followed. As such, much of my more sensitive work is performed within the confines of a biosafety cabinet (BSC) or “hood.”

As with the media changes discussed in last week’s “Day in the life,” the medium is drawn (or aspirated) out of the flask. A chemical called trypsin is then added, which disrupts the cells’ ability to adhere to surfaces, and so the cells fall right off the walls of the flask. There is a brief five-minute incubation period for trypsin to be effective, after which the trypsinized cells are pipetted from the flask and mixed with a fresh medium into a 15 millilitre (mL) tube.

The tube is then centrifuged, which means that it is spun around at extremely high velocities in a fancy machine. The purpose of this centrifugation is to compact all the dense cell material (called the pellet) to the bottom of the tube, and allow for the liquid portion (the supernatant) to be easily aspirated out of the tube. The pellet of cells is mixed into the fresh medium so that it becomes a homogeneous solution.

Once in the new medium, the cells can be transferred to a new T75 flask. This is done using a dilution (or cell splitting) method: placing the cells in various flasks of independent subpopulations. Common dilution proportions to work with are 1:5 and 1:10, in which one-fifth or one-tenth of the initial cell population is placed into a new flask where it may again undergo a period of growth (until it is time for the next splitting).

Cell split amiss
While the process just described seems straightforward enough, there are many ways in which simple cell splitting can go wrong.

For instance, if you are not careful with your aspirator, you may accidentally suck out your cell pellet when removing the media after centrifugation. Your cells are gone, and if this was your stock solution, then you no longer have cells to work with.

Generally, a stock of cells is kept frozen at –80 Celsius (a temperature at which biological materials can be stored), so if a mishap like accidentally sucking out the test cells occurs in a given experiment, there is likely a reserve of this cell stock – on ice and at the ready.
Time, however, can never be recovered from such a mistake. Momentary lapses and fluke instances like this can set a researcher back weeks, depending on what stage the cells were oafishly and mistakenly aspirated, and how long it took for the cells to achieve that stage.

Another problem occasionally encountered in the lab is contamination. Most cell culture media use antibiotics, which kill bacteria. The problem with antibiotics is that you are never sure if they are affecting your experimental results.

Contaminating cells is as easy as breathing. For this reason, certain researchers prefer to use culture media that do not contain any antibiotics. Simple things like touching your pipette to any surface and not realizing it, or even breathing onto your culture can contaminate the cells with copious amounts of microbes.

Since human cells are incubated at 37 C to mimic body conditions, it provides the perfect environment for bacteria to grow: an ideal temperature and plenty of nutrients. In this way, your entire flask of cells can become contaminated overnight and leave your experiment in ruins, as the cells would no longer be considered useable.

When all perils are avoided and the cells are successfully split and grown to the amount required, experimentation can finally begin.
In next week’s “Day in the life”: treating cells with drugs.

Beyond animal rights, the search for a sustainable and ethical vegan diet