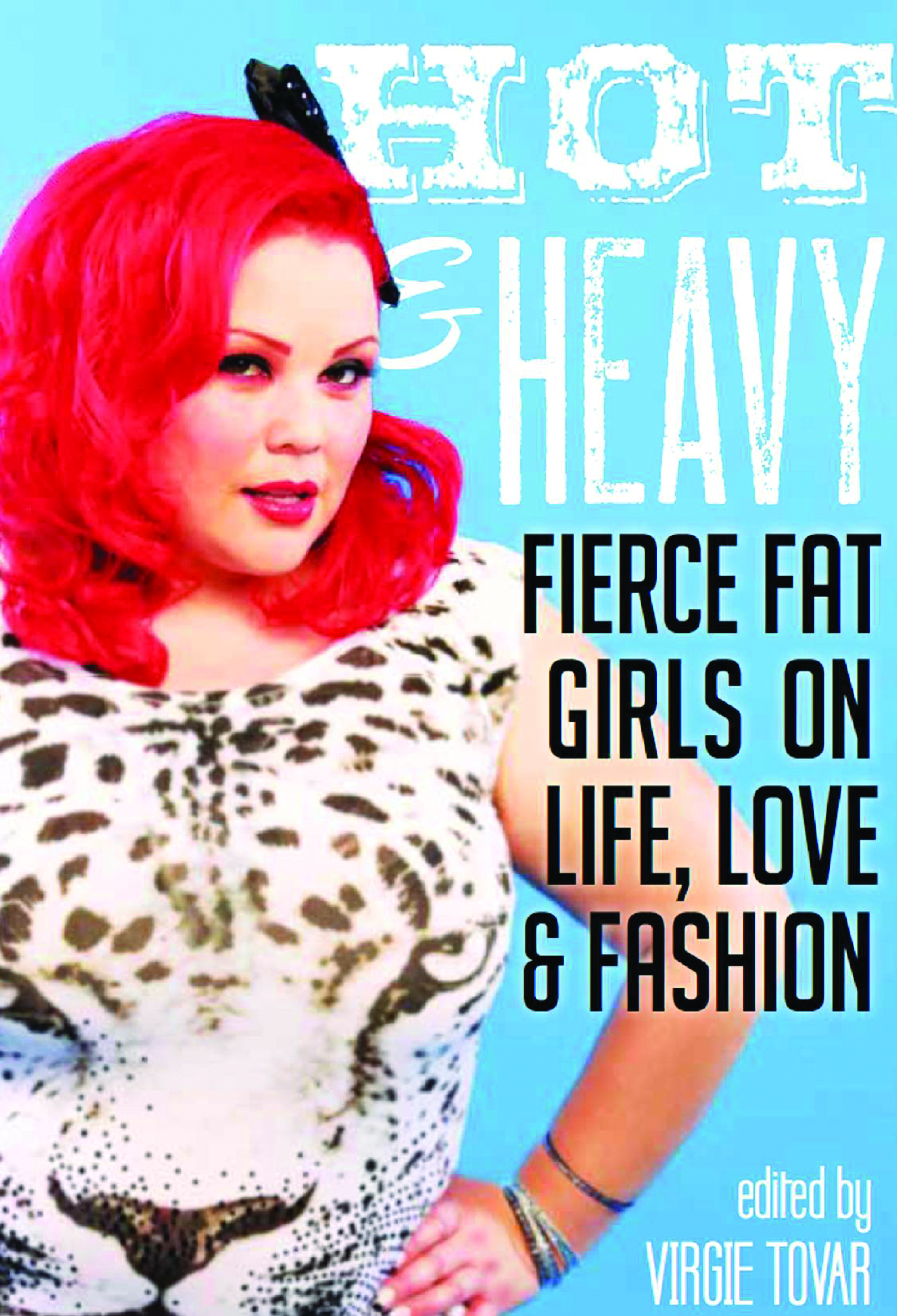 Hot & Heavy is the book that almost never was.

Author Virgie Tovar originally pitched it as a book with her as the single author and with it mostly being about fat women and sex – it was passed up. Tovar, a certified sexologist, body image coach, and fat activist, didn’t even consider herself a writer before her first essay/manifesto, entitled “Fatties of the World Unite,”was published on a website for a friend’s thesis project.

“[The manifesto was] one of those moments writers talk about; like the words just pour out of you and you just become a vessel for these words and ideas,” says Tovar.

Writing the piece and the subsequent response that it got were together the catalyst for her becoming a writer. It was when Tovar started doing her master’s program at San Francisco State University that she became immersed in the fat positive movement – a movement she wasn’t explicitly aware of, but always sort of suspected was there. It was while she was surrounded by amazing fat women that she realized their stories needed to be told. Tovar re-pitched the book and it was published in November of 2012 by Seal Press.

“The issue was so important and so interesting, but not really in the public eye or marketplace. It was on the verge of becoming a major, major movement. I thought it was the time and the publisher agreed.”

Tovar was fascinated that such an important and prevalent issue hadn’t broken through the way that some liberation movements had.

“To be a fat person, and I think particularly a fat woman, is to walk around with a death sentence, and that never made sense to me,” says Tovar.

Recent studies show that overweight and obese people actually have longer lives and a better chance at surviving terminal illness than their slimmer counterparts. Tovar recounts a story of her friend who lost 25 lbs. because a doctor told her she needed to if she wanted to get pregnant. A few weeks after she lost the weight, she was sprinting for a train and fell on a wooden step that was split in half. It pierced one of her internal organs – something the doctor told her wouldn’t have happened had she had that 25 lbs. protecting her.

“I’ve had so many people tell me stories like that and they don’t really make it into our cultural memory of what it means to be fat,” says Tavor.

Hot & Heavy: Fierce Fat Girls on Life, Love and Fashion definitely goes deeper than its title might suggest. The book is not fluffy, not a how-to fat-shion book; it is a well-rounded, well-curated selection of stories that give ample views into individual experiences of living life as a fat woman and gaining acceptance from yourself. Although it does talk about fashion in Tovar’s piece co-authored with Deb Malkin (“10 Tips from a New York Fatshionista”), which provides valuable, practical advice, emphasizing the idea that being “flagrantly fat and fucking fabulous” is a political statement.

The collection includes beautiful prose from Sydney Lewis’ “I Came to Femme Through Fat and Black” and a look at personal history in “Fat Histories, Fat Futures” by Amithyst Fist and Genne Murphy.

The book ties together honest accounts and triumphant tales of happy endings that acknowledge the ongoing struggle of bodies constantly under attack. It is for fat girls who need a little encouragement to make it through society and, more broadly, to help create compassion and squash stereotypes.

Hot & Heavy is an empowering, uplifting anthology that breaks your heart, then mends it up, puts some glitter on it, and feeds you a pecan pie.