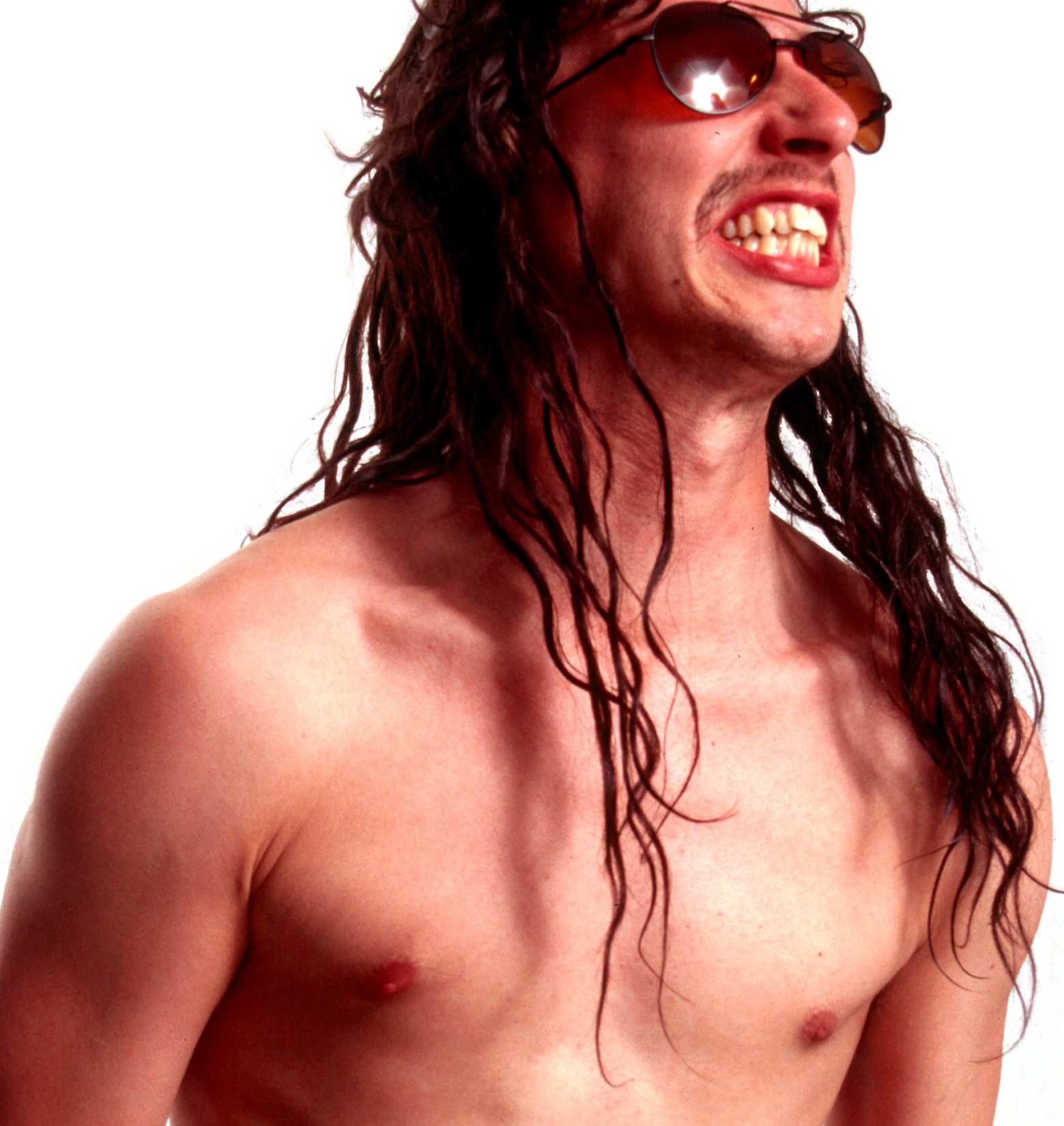 In one week, Dean “the Deaner” Murdoch—yes, the Deaner of FUBAR—and his band, Nightseeker, will be bringing their sozzled brand of rock and roll to the Pyramid. I got a hold of Murdoch in Montreal, where he’s been the past couple of weeks.

“I just kinda go where basically, wherever the couches are warmest, and I got a pretty warm couch here. I got a buddy of mine here that’s got that Mrs Pacman game, like the full arcade size in his house, so I’m tryin’ to get the top five high scores. I got three of the five. I spent 6 hours trying to get the high score,” says Murdoch.

Filling out the band are a variety of mythical beings, sent to shred our mortal ears.

“One of the guys, he’s like a half human, like big, but his body is kinda like a leprechaun body, so everything’s slightly smaller. We were walking through the forest looking for some shrooms and we just seen him all naked in a ball and we’re like ‘Hey man do you play guitar?’ and he’s like ‘Fuck yeah!’”

“The other guitar player, the lead guitar, he rode in on a bolt of lightning. Pretty cool, we were just jamming one day and there was a flash of lightning and all of a sudden we had a second guitar player.”

“Of course I play bass,” adds Murdoch. “And on the drums we got Poof; we call him Poof the Magic Drummer ‘cause sometimes he just disappears. Poof. We’re pretty sure he’s gonna be in Winnipeg, though.”

Fantasy figures strongly in some of the songs and imagery of Nightseeker. I was curious if Deaner was influenced by any particular books or movies. He answered that he used to play a lot of Dungeons & Dragons when he was a kid.

“I got pretty fucking good and my friends were all like ‘Oh Deaner, you should become a fuckin’ wizard!’” He goes on to explain why he doesn’t want to be a DM (dungeon master, the person who runs the game). “I want to be more the person who kills the beast, you know? Or gets killed by the beast. Being the DM seems like too much work.”

Different places have their own different names for Dean and his ilk. I asked him whether he thinks of himself as a hesher, banger, metalhead, rocker, thrasher, or something else.

“Oh I definitely go with rocker. Ain’t no fuckin’ question. I’m a rocker through and through,”  says Murdoch. “You can’t deny that the best rock came out of the 80s, late 70s. It was just pure and no one really knew what they were doing yet, and that’s the best time, when you don’t really know what you’re doing, just doin’ it.”

He doesn’t go for heavy metal or hardcore so much.

We talked more about Nightseeker and how they craft their songs; Deaner writes all the lyrics and music, but says that overall the band collaborates.

“The guitar players write their own solos and shit,” says Murdoch. “I like to lie on my back in the darkness, you know? That’s how I write my music. I’ll just feel a song coming on, and sometimes there’ll be a riff, like [sings a riff], and sometimes it’ll be actual words. But it really depends. For example we got a song called ‘Cold War,’ and that’s all about fuckin’ winter, the yearly war of winter that wages on humanity. I came up with the words first, and after that the song came from there.”

That got us talking about winter and cold in general. I point out that winter’s war on mankind is kind of what Winnipeg is known for—well, and stabbings and our mayor kicking a kid in the face—so what, I asked, is Calgary known for?

“Calgary is totally known for how sometimes it’s fuckin’ cold out, and the next days it’s super hot out, and it’s sort of affected the people there. You know one day your buddy will be in a bad mood hating life – and the next day he’ll be in the best mood ever, and you just kinda accept it, just roll with it,” says Murdoch.

The Deaner is all about just rolling with it, that much is clear. And if there is one thing Dean is known for, it’s shotgunning beers. I’m concerned that he may not be the master shotgunner in the band, but he insists there is no contest, he’ll win every time. A couple of minutes later I have a pretty firm grasp on the drinking habits of each member of the band, and the Deaner goes on to explain that it’s because of his practice singing.

“My mouth is always open and my throat’s in that perfect spot.”

Finishing up the phone call, Murdoch wanted us to know that he’s fuckin’ stoked to play Winnipeg.

“[I want to] see who gives ‘er harder, Winnipeg or Brandon, cause it’s Deanatoba, 2012, we’re playing there the next night. These small towns give’r pretty hard you know?”

Accept his challenge next Thursday, Oct. 25, at the Pyramid Cabaret.

The marriage of music and art