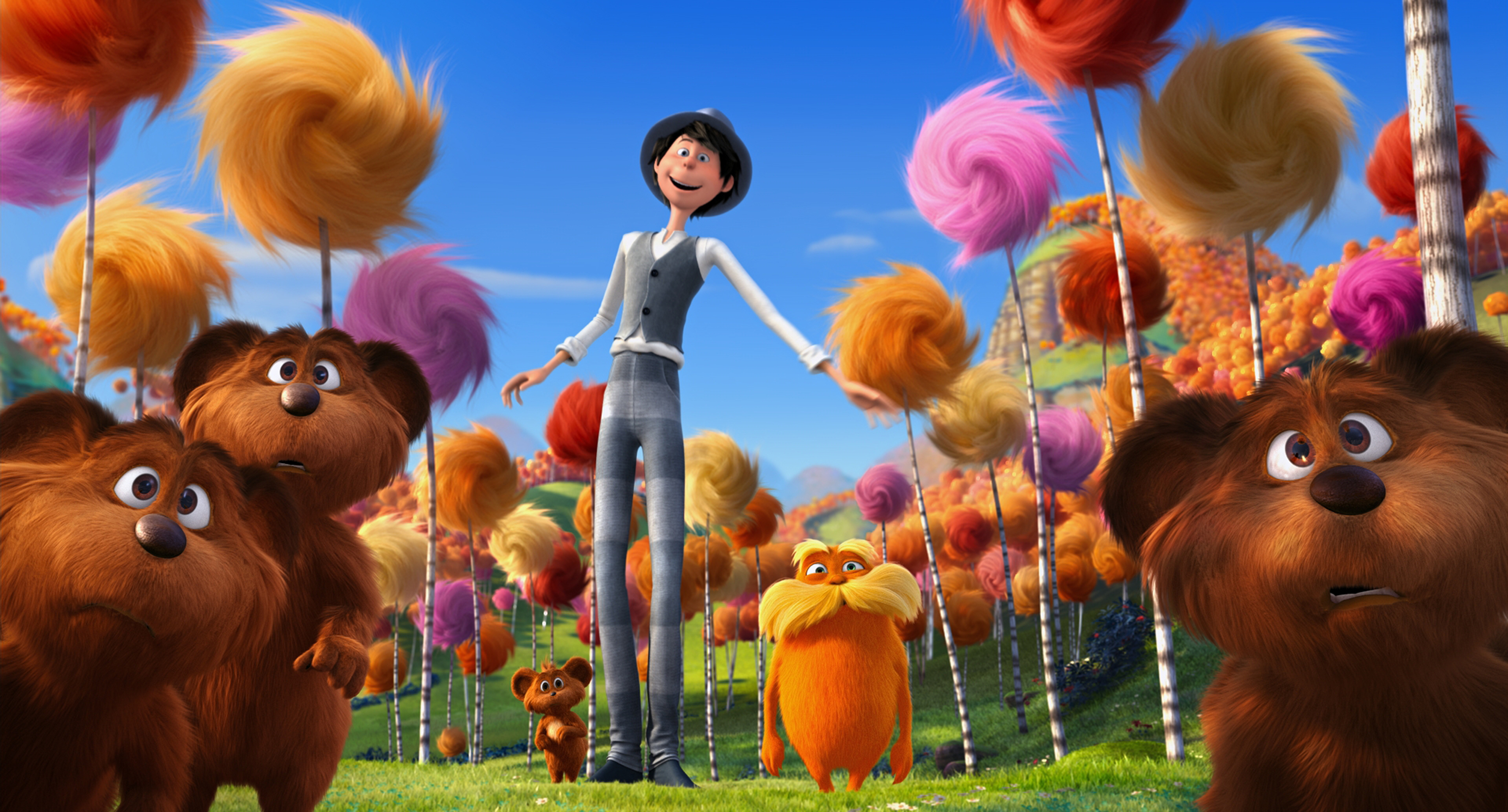 Maybe I’m getting too old, but I don’t like it when things from my childhood are acquired by Hollywood and reshaped into a 21st century franchise.

Transformers, G.I. Joe, Speed Racer . . . even Astro Boy have been subjected to this indignity. So you can imagine that as I sat waiting for The Lorax to start — in a theatre full of kids who had probably never even read the original Dr. Seuss — you could have bottled and sold my scepticism.

Then a moustachioed little orange guy, who sounded a lot like Danny DeVito, walked on stage in resplendent 3D glory and I was on board.

The story is a very liberal interpretation of the original, following the adventures of Ted — a resident of a post-truffula tree world — diligently risking life and limb to travel to the house of the Once-ler to hear the story of the last truffula tree, but it works.

Purists will complain that you see more of the Once-ler than just his hands and eyes. They will probably also raise a stink about the fact that the book is used more as inspiration that a blueprint. Purists rarely like anything.

My only real complaints had to do with some of the casting and the character arc of the Once-ler.

The female lead is voiced, for no apparent reason, by teen-pop icon Taylor Swift, who doesn’t contribute much to the musical numbers — which are worth the price of admission alone — and frankly could have been voiced by anyone. The same can be said for Betty White. While her performance is absolutely acceptable, it could have been done by a host of capable actresses.

My more cynical side wonders if White’s recent surge in popularity and Swift’s cred with the tween crowd, rather than their voice talents, were what attracted the casting agents.

The problem with the arc of the Once-ler is more fundamental: in a blink he goes from respecting the Loraxian logic of respecting the trees to all out foresticide without any real explanation. It felt like the writers knew they had to get from A to B but couldn’t really think of a more creative way to get there. Then again, at a blissful 94 minutes in length, the writers might have simply ran out of time, or perhaps that extended scene was left on the cutting room floor.

These minor problems aside, The Lorax is an enjoyable movie and does a commendable job of maintaining the messages of the original, albeit whilst giving a bit more emphasis to anti-capitalism at the expense of environmentalism. This may have been a reaction to the financial crisis during which this movie was likely conceived.

Even the 3D, which I’m normally not a fan of, was used well and added to the experience.

The Lorax opens in theatres March 2.

Nursing PhDs at the U of M

Protest marches through U of M campus