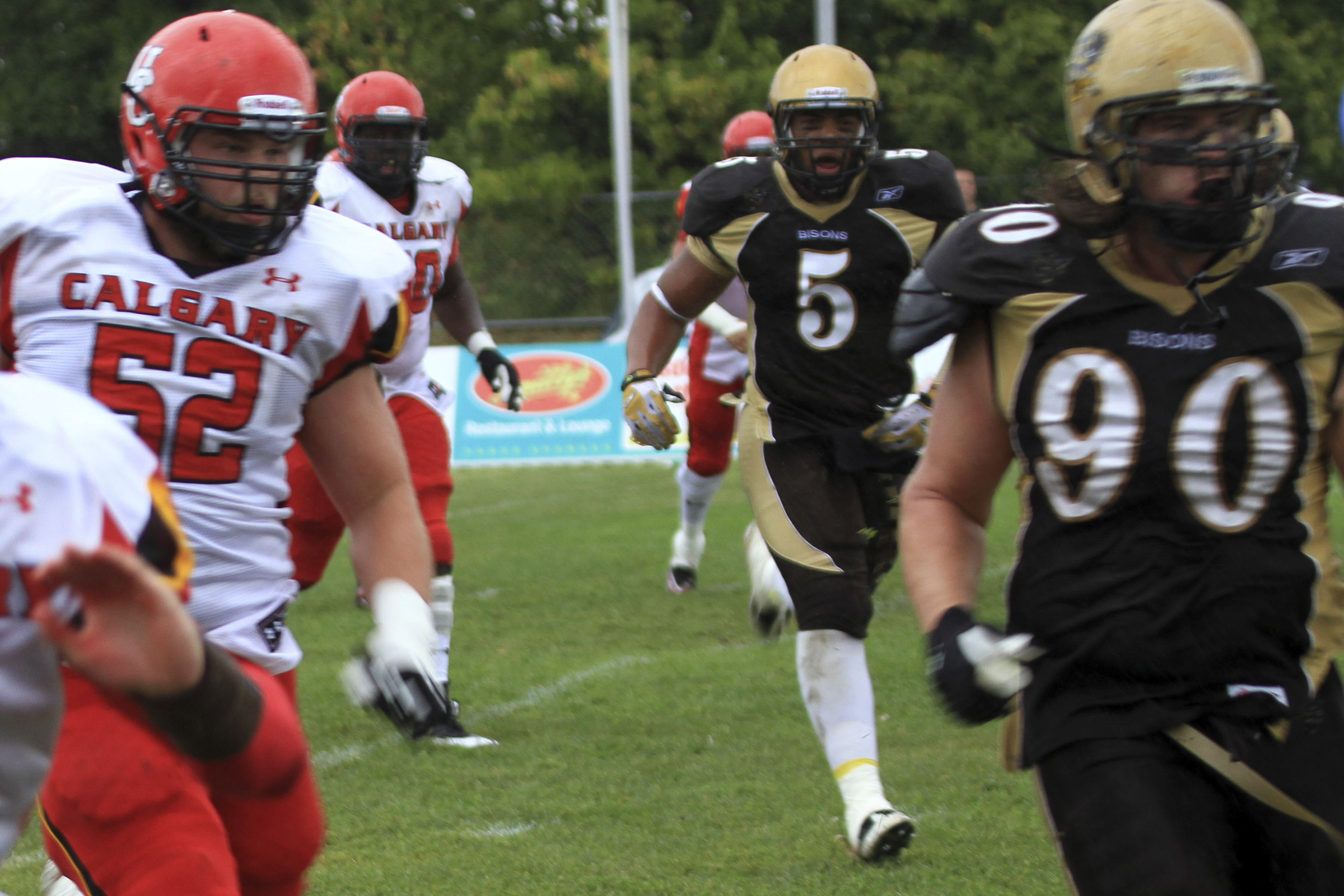 The Canada West football season wrapped up months ago, but two freshman standouts from the U of M Bison football team have earned the opportunity to strap on their pads alongside the best football athletes under the age of 19 from around the world.

Bison’s running back Anthony Coombs and defensive end Evan Gill are bound for Houston, TX as they’ve been selected to take on the top NCAA recruits in the 2012 International Bowl on Feb. 1.

Not to be confused with the now defunct BCS affiliated post-season bowl game that used to be played in Toronto, the International Bowl is organized by the International Federation of American Football and USA Football. The contest pits the best under-19 football players in the United States against a team made up of the best players from the rest of the world.

Out of the 45 international players selected to play for Team World 30 are from Canada. Including Coombs and Gill, there are nine players representing five Canada West football programs.

Both Coombs and Gill had outstanding stats in their first year with the Bisons. Coombs averaged just over 90 yards per game and scored eight touchdowns en route to being named a CIS Football First Team All-Canadian and Canada West All-star. Gill finished the season with 32.5 tackles — fifth highest on the team — and led the team with 3.5 sacks.

Both athletes appreciated the opportunity to share the unique experience with a fellow teammate.

“It’s great to be able to go with Anthony, to have a teammate and someone you’ve already played with,” explained Gill. “It’s just nice to have someone there that you’re already friends with while you’re out there and go through the whole experience together.”

“I’ve played the American game just going to BC with my high school,” said Gill. “Guys know how it works, guys watch the NFL. The only issue will be getting used to the systems. It’s still football in the end.”

“For me it’s going to be a lot better because we can actually run the ball a lot more,” explained Coombs. “I’m excited. I’ve never played American football before so I’m really looking forward to it.”

Re: Give us a break

Football adds bodies and a coach