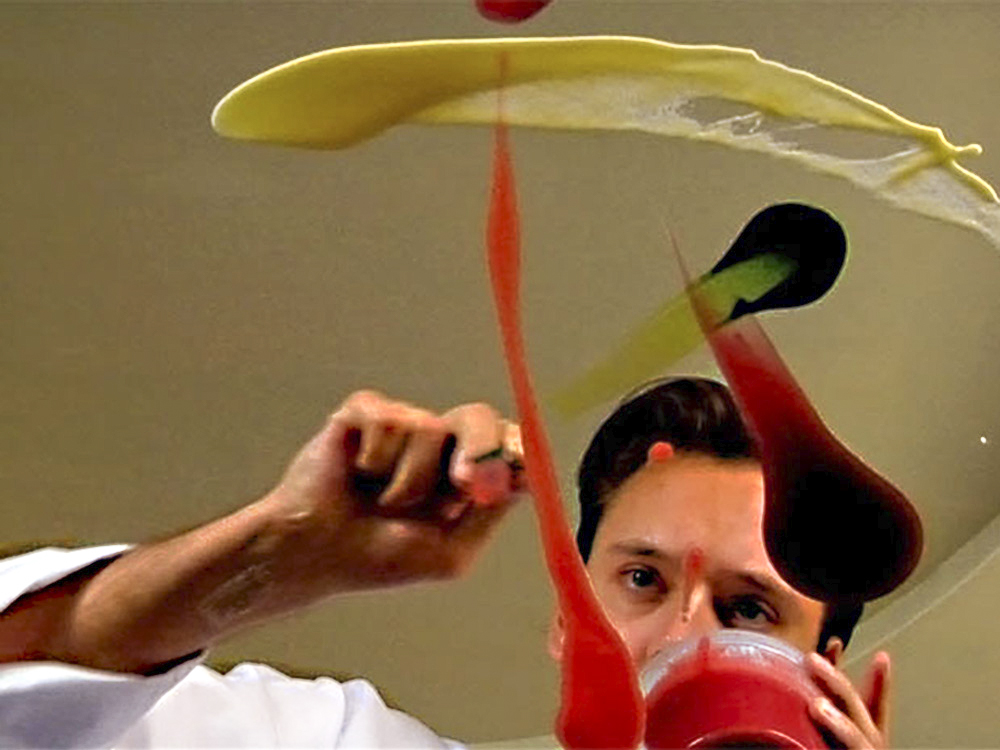 Absolutely anything can be an art. Whether it is carpentry, writing or public speaking, every medium has the potential to foster a fantastic work.

In A Matter of Taste, the medium in question is food and the artist under the microscope is Paul Liebrandt. The youngest chef ever to receive three stars in a New York Times review (accomplished at the age of 24), Liebrandt’s career as a chef is chronicled over the span of a decade. We watch and listen as he wages culinary war with scallops and béarnaise in the dog-eat-dog world of New York City fine cuisine.

I’ve always questioned the somewhat pretentious extravagance of fine cuisine. If you’re going to eat it anyway, what’s the point in making it look like a finely crafted sculpture that appears to belong in a gallery? Liebrandt, with his fine tuned technique and incredible hard work, answers this question for us from the very start of the film. “I’m not a nutcase. I’m just an artist,” he states in the first scene. Some of us may be disinclined to believe him because he is covered in pig’s blood when the words come out of his mouth — but oh, how wrong we will prove to be.

Our journey into Liebrandt’s realm of fine cuisine starts in 2001 at a restaurant called Papillon, as Liebrandt plies his craft in post-9/11 New York City. His style with food is eccentric and innovative. One patron describes his work as “the most interesting food in New York.” Each dish he makes is its own entity, with its own appearance and cornucopia of tastes. Each clean, crisp, white plate in front of Liebrandt is his canvas; each one prepared with a refined, contagious passion.

However, it’s not just the food that makes or breaks a restaurant. This film does a great job of covering the other aspects of the industry. It gives us a comprehensive look into the minds of some of the most talented people in New York restaurants, and does so without boring us to death. From restaurant critics to sous chefs to restaurant directors, we see the whole picture behind success or failure.

The end of our journey comes in 2007, in a brand new restaurant called Corton. The food is still art, the plate still the canvas, but now we understand how and why. The difference between Liebrandt’s food and greasy French fries is parallel to the difference between Rembrandt’s art and, say, mine. Where would we be, culturally speaking, without the evolution and expression of fine art?

“The taste comes to do with the cerebral part of it. I’m thinking, what story am I telling here, what emotion am I trying to stimulate? I try to bring out the emotions of wonderment and discovery,” Liebrandt says. “It’s the whole sensory experience of eating the food.”

His food expresses his personality, just as Picasso’s art expressed his personality. Liebrandt’s art just has more dimensions to it. Yes, there’s the look of the colours on the plate and the general presentation of the food, but there’s also the way flavours combine and complement one another; Liebrandt’s creations are to be admired visually and experienced gastronomically. The ambivalence I felt towards Liebrandt’s profession before I watched this film seems naïve now that I’ve been shown the trials and tribulations of a great chef at work.

A Matter of Taste will be playing at Cinematheque, 100 Arthur Street at Bannatyne, from Jan. 26 – Feb. 9, all scheduled showings are evening screenings.

Recommendations for your next virtual viewing party