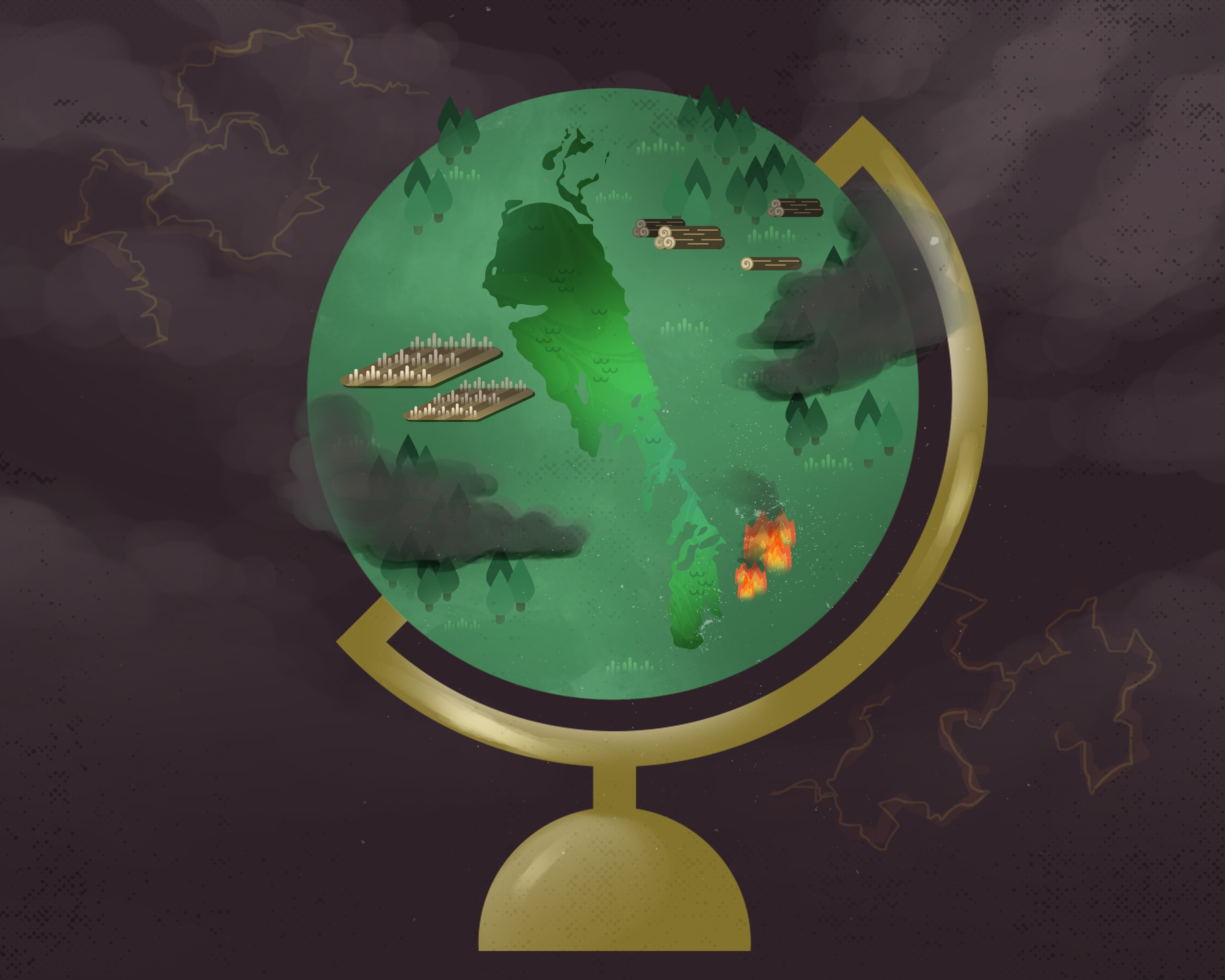 After cutting funding for environmental organizations during the pandemic, the Manitoba government seems to have had a change of heart in regard to the pivotal importance of climate action.

Premier Brian Pallister announced July 22 that $5.6 million will be invested in an array of projects to help protect lakes and rivers in Manitoba with the restoration of natural riparian areas.

While a step in the right direction, the government’s investments are but a Band-Aid on a shark bite.

Lake Winnipeg was named the world’s most threatened lake in 2013 and the eco-crisis facing the lake has not improved much since.

These problems display just how expensive the lake we have spent centuries destroying will cost to save.

That blue-green gunk people sometimes see on a summer’s day when the city is too hot to bear is more than just naturally occurring alga — it is cyanobacteria, a nitrogen-fixing organism that now dominates the lake due to the lake’s phosphorus pollution.

This bacterium is far from harmless — it is quite literally killing the lake and the surrounding ecosystem that relies on it.

Plants and algae in lakes have adapted over billions of years to rely on very little phosphorus and nitrogen in order to grow. But following runoff from things like our sewage system and industrial agriculture, due to the degradation of riparian areas, our lake has been overwhelmed by the exponential growth of aquatic plant life and algae.

The overgrowth of aquatic plant life in lakes might sound benign, but it’s not. Overgrowth can lead to eutrophication — a process which leads to thick mats of algae that block the sun’s penetration of the lake, killing other plants. These dead plants and later the dead algae are then decomposed by an influx of bacteria which require oxygen. This influx of bacteria then uses up all the available oxygen, thereby suffocating the ecosystem.

What’s worse, without an oxygen supply, decomposition creates methane — a greenhouse gas that is significantly more damaging than carbon dioxide.

Lake Winnipeg will sooner, rather than later, become a major contributor to the heating of our world if the problem is not addressed.

So, how can Manitoba stop an ecosystem from potentially collapsing? The answer is — likely not what the Manitoba government wants to hear — more money.

Protecting the lake from nutrient and soil pollution is not a small task and will require heavy infrastructural investments including a high degree of political co-operation and bilateral policy agreements.

The watershed that drains into Lake Winnipeg is estimated at around one million square kilometres. This means restoration cannot rely on provincial solutions alone — rather, transnational agreements must be made if we wish to maintain the integrity of our collective ecological health.

Excluding the costs of infrastructure and restoration projects, such interprovincial and international co-operation is costly in and of itself.

Reaching a bilateral agreement is next to impossible when the decisions in one area can produce costs elsewhere. Unfortunately, bureaucracy makes productive solutions painstakingly long and expensive.

Nonetheless, it is worth the cost, and there are initiatives Manitoba can pay for now that can significantly ameliorate the damage done to the lake.

Winnipeg has already passed plans to upgrade the North End Water Pollution Control Centre to include biological nutrient removal systems which eliminate phosphorus and nitrogen from waste waters. However, this plant only regulates roughly 70 per cent of the city’s sewage.

The other 30 per cent comes from older Winnipeg neighbourhoods which are serviced by a dated model of combined sewage. This system was designed for the wet season, so what backup the water treatment facilities cannot handle is diverted to a separate drainage system which goes directly into the rivers — subsequently ending up in Lake Winnipeg.

Annually, billions of litres of raw sewage rushes into Winnipeg’s river system. Numbers that edge up to about one million litres daily.

Fixing the combined sewage system in older developments of Winnipeg would be a solid starting point in reducing our ecological footprint on Lake Winnipeg. But pollution from sources less easy to identify than a pipe or drain still remains a large factor in the lake’s degradation.

Remedying this kind of pollution may be less straightforward. However, a few things can be done.

Investing more in riparian areas along stream banks, lakeshores and wetlands can do much more than they appear to.

By promoting the development of natural communities of vegetation, these ecosystems act as nutrient filters to incoming runoff and also prevent erosion by holding soils together. These areas are essentially nature’s sponges and soil’s armour.

As a result, much of the applied nutrients usually end up eroding into water systems.

Building tile drainage to manage where the runoff from agricultural plots goes is a large but necessary project in reducing much of the nutrient pollution facing Lake Winnipeg.

Manitoba is a province of extremes. The spring is often too wet, resulting in runoff, and the summers are too dry, forcing farmers to apply their own irrigation.

Tile drainage would capture runoff and store it in a place accessible for later use.

Not only would this make farms more sustainable, it would also allow farmers to utilize the excess fertilizer and water they applied earlier in the year, ultimately preventing the risk of polluting surrounding ecosystems.

The ecological crisis facing Lake Winnipeg will take much more than a measly investment from the provincial government.

If more is not done soon, our lake is at risk of suffocating under significant stresses.

Lake Winnipeg is a pillar of our ecosystem and if it falls, who knows what will fall next.