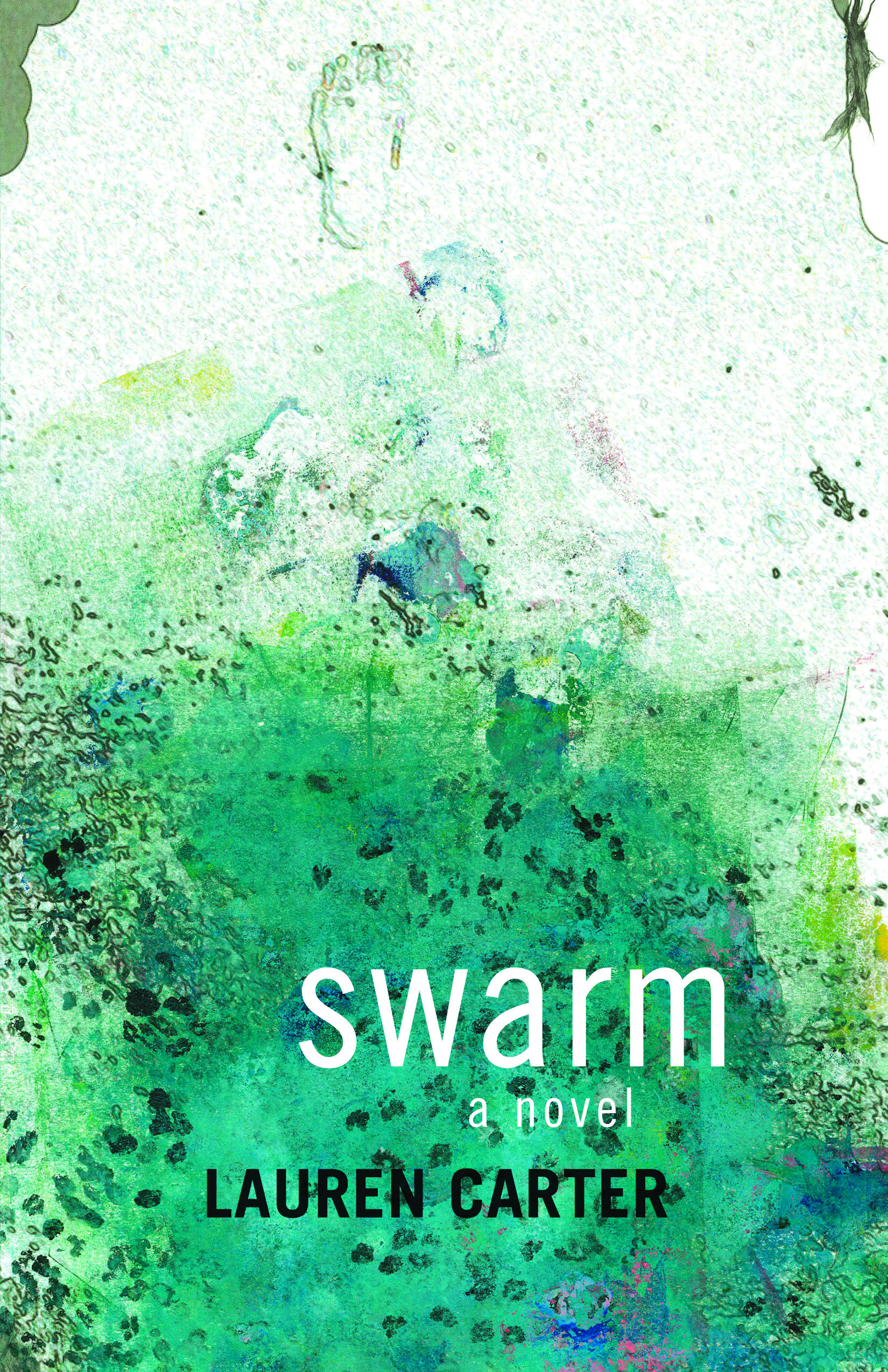 Ontarian-turned-Manitoban Lauren Carter has written for literary journals and newspapers such as Prairie Fire and the Globe and Mail, and released her poetry collection, Lichen Bright, in 2005.

Swarm—Carter’s first novel, released this month—divides its narrative evenly between two timelines titled “island” and “city.” “Island” takes place in the story’s present, and “city” precedes “island” by almost two decades, likely close to our present day. Sandy, the narrator of this dystopian tale, provides a retrospective, regretful account of how society came to be after oil depletion.

The novel begins at the island, where Sandy lives with her partner, Marvin, and their ailing friend, Thomson. They spend their time trying to survive by subsisting off the land. When the little food they have starts disappearing, Sandy believes the culprit is a homeless girl. She then becomes consumed with the idea of the girl becoming her daughter, but food is scarce enough.

Each “city” chapter comes closer to showing how Sandy’s island life came about. The “city” narrative begins with the innocent and tenuous young adult Sandy—after her family has lost their property and she has been laid off—in a city engulfed in chaos. With barely any friends and little contact with her family, Sandy finds hope in a place called the “dark zone,” an abandoned area where squatters take refuge and she wishes to start anew. For a while, she finds work in a soup kitchen with people who she sees as her new family. However, she has feelings for Marvin, who is a member of a “terrorist” organization called Jump Ship. Their relationship results in her innocence being compromised and the endangerment of her “family.”

Perhaps the singular jarring aspect of this novel is the first-person narrator’s continual need to remind us that the unknown girl, an absent figure, is the audience, and that Sandy is telling a story. Here’s an example: “I told Shannon everything I’ve told you, Melissa.” Melissa doesn’t need to be the audience; it’s unnecessary for there to be a stated audience or a “you,” even in first-person.

Why? Because the story, characters, language, and startling finale stand on their own. We can be the implied audience without any explicit telling so.

Swarm starts off poetic and polished – arguably, the most beautiful writing can be found in the first few chapters. Here’s just one part of a sentence that took my breath away: “[ . . . ] delivering medicine like the prescriptions that shrank the shadows in Thomson’s lungs.”

The tone is prophetic, and not just because it’s a retrospective narrative. The context of the story is obviously relevant for today: Carter is telling us that if we continue to be dependent on oil, our city may end up like Sandy’s; we may one day soon have no resources left with which to retain a civilized society.

I found myself wrapped up in Sandy’s dilemmas and hating Marvin for it. I despised Sandy for staying with him, but, clearly, in a fictional world such as this one, there is little room for choice. Each time a city chapter ended and the narrative came closer to its finale, we would be back on the island, and I’d be left hanging. That’s not to say that the story of a worn-out Sandy and company after years of simply surviving isn’t interesting, but I was more drawn as a reader to the youth and anarchy.

Lauren Carter is already working on her second novel. I confidently expect to be spellbound by her refreshing fictional world again.

Lauren Carter will be appearing at McNally Robinson and The Forks on Friday, Sept. 27 as part of Thin Air Winnipeg International Writers Festival. Visit www.thinairwinnipeg.ca for details.